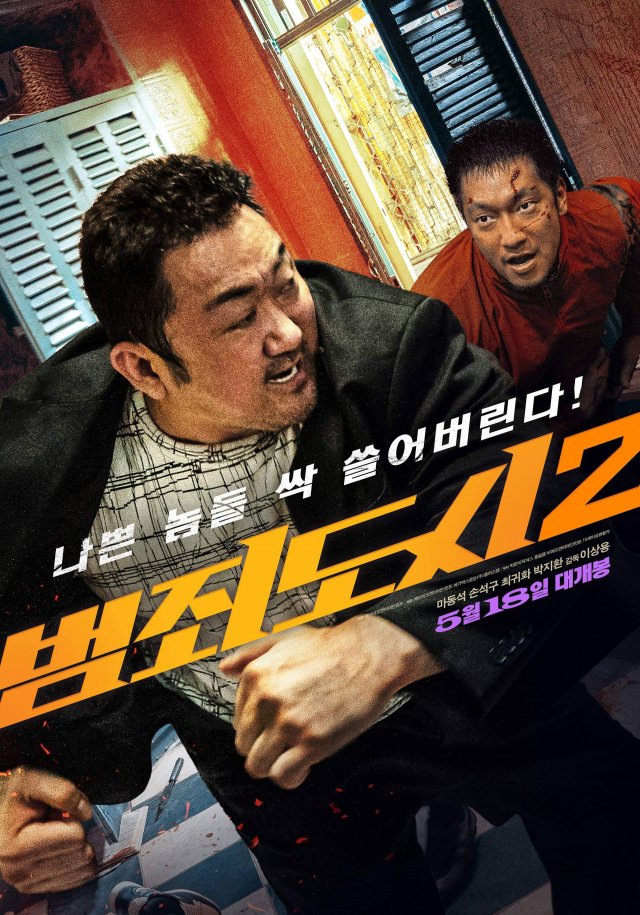 According to figures released by the Korean Film Council, the upcoming action film "The Roundup" featuring Ma Dong-seok is the presumptive victor of the upcoming South Korean box office weekend. As of this writing the KOBIS chart lists the sequel to the surprise hit "The Outlaws" from 2017 as holding over sixty percent of all ticket reservations. This is a very strong number for a film not yet available to watch, and signals a big victory for domestic South Korean film in a year dominated by foreign films.

Expectations for "The Roundup" have been so high that shooting for "The Outlaws 3" is already set to begin at the end of the next month. With the early reservations in hand, "The Roundup" will clear the one million viewer mark easily. However, the movie has a difficult battle ahead with the previous box office champion, the new Doctor Strange movie, likely to clear the five million viewer mark next week even in the face of diminishing returns.