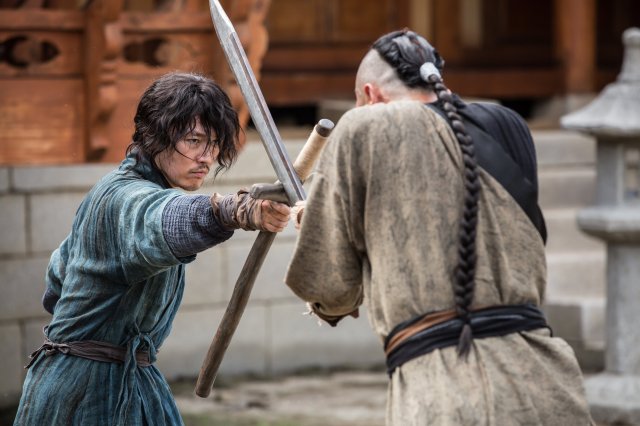 Marketing has come out in full force for the upcoming Joseon-era historical film "The Swordsman" which starts Jang Hyuk in the leading role. He plays the titular warrior who some time after the abdication of King Gwanghae ends up having to fight in order to save his missing daughter. Genre-wise the movie has been described as a shocking action thriller.

The historical elements, however, have been left underemphasized. Joseon historical films used to be a major draw at the South Korean box office, with movies like "The Admiral: Roaring Currents" and "Masquerade" remaining powerful symbols of the enduring success of South Korean films. But last summer, releases like "Homme Fatale" and "Jesters: The Game Changers" underwhelmed. "The Singer" from earlier this year didn't do much better.

"The Swordsman" is in many ways a high concept film from a bygone era. This is true even literally, as the movie was shot in 2017. The production company has struggled to come up with a strategy to insure the movie's success. In the current COVID-19 plagued film market, "The Swordsman" has the benefit of diminished expectations, and has decent hype opening the weekend ahead of Korean Chuseok weekend with no real competition. Nevertheless the odds are against an outstanding success.