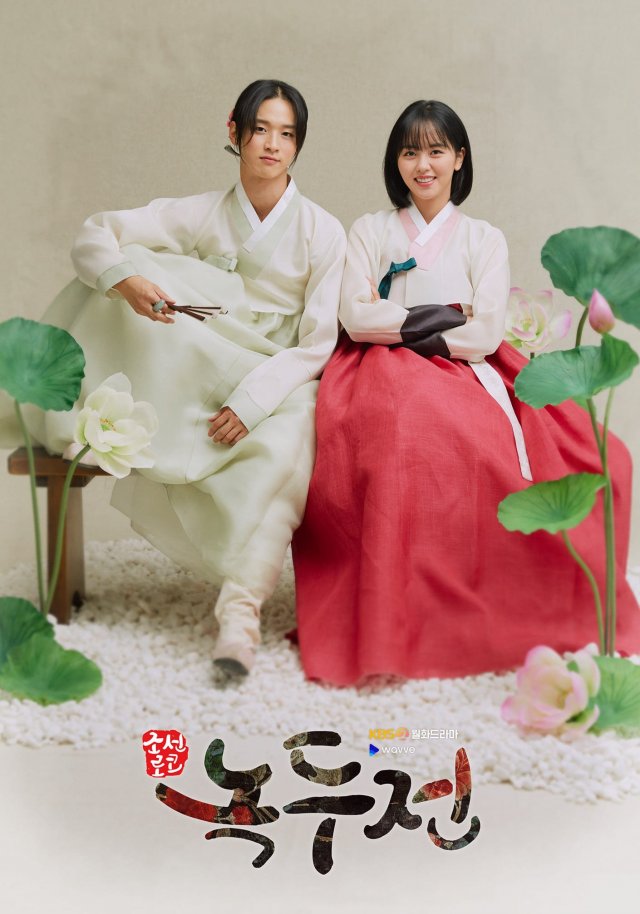 While the drama is far more being finished, "The Tale of Nokdu" has had a strong opening week with its first two nights of programming, having achieved ratings ranging from 6-8%. The last drama to have gotten ratings this high for KBS in the late Monday/Tuesday timeslot was "The Man In My House" back in 2016.

While good news for the network, such a comparison is inherently precautionary. After a strong start thanks to high profile leads in the form of Soo Ae and Kim Young-kwang, the drama did progressively poorly, finishing its run under 4%. The drama did so badly it is believed to have been a major cause behind the decision made by Soo Ae to leave her agency earlier this year, as it was her last drama.

The popularity of "The Tale of Nokdu" is somewhat surprising, as other recent Joseon era historical dramas did not attract strong initial attention. "Rookie Historian Goo Hae-ryung" and "Flower Crew: Joseon Marriage Agency" both started in the 4% range. The relative simplicity of concept in "The Tale of Nokdu" may be bolstering the drama. It's been explicitly billed as a romantic comedy, whereas the other two have sought to make more substantive statements on gender relations.

"[HanCinema's News] "The Tale of Nokdu" Breaks Three Year Slump for KBS on Mondays and Tuesdays"
by HanCinema is licensed under a Creative Commons Attribution-Share Alike 3.0 Unported License.