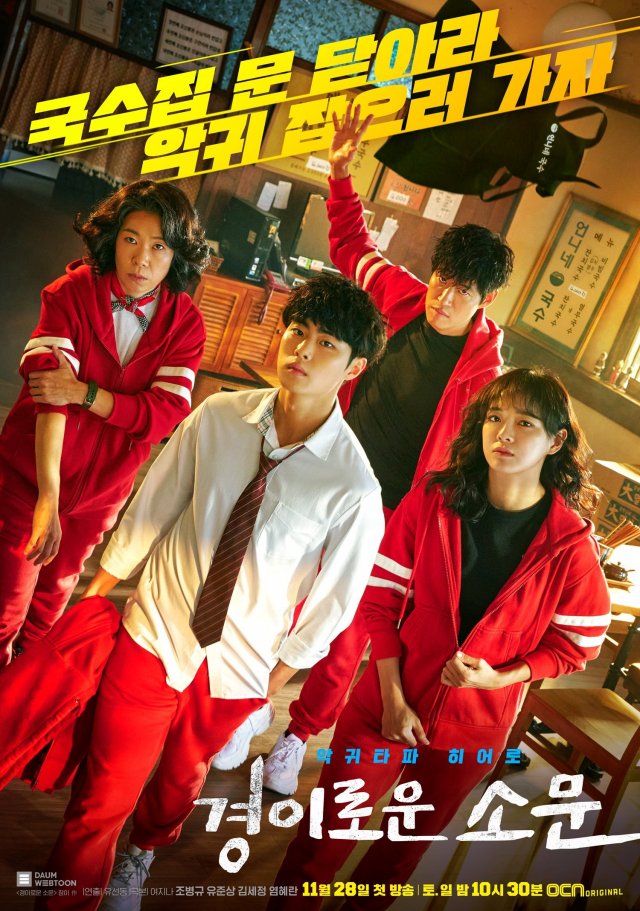 For the second week of January, "The Uncanny Counter" ascended to the top of the Good Data Report, filling the void left by "The Penthouse" going off the air the previous week. Much of the improvement was not driven by the content of the drama itself but rather the news that screenwriter Yeo Ji-na had been replaced despite "The Uncanny Counter" almost being finished. Cho Byeong-kyu was number six for performers and Kim Se-jeong was number ten, with neither charting for the previous week. 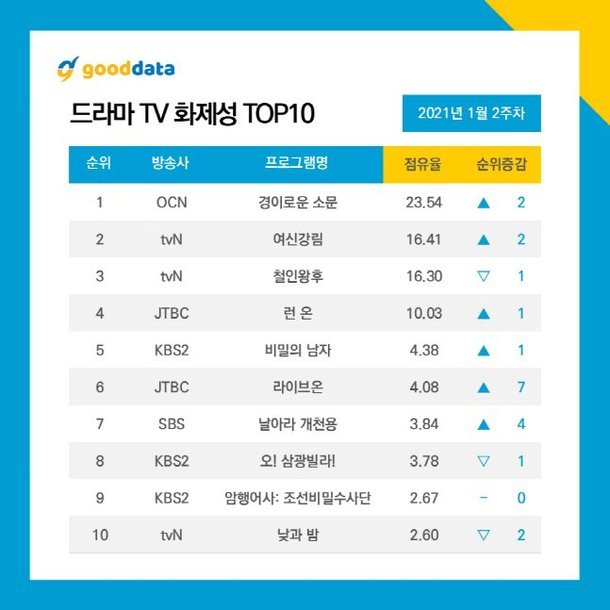 "True Beauty" was second place this week, an increase from fourth place the previous week, despite a drop in its raw social media metrics of over 6%. Much of the commentary was also negative reaction in regards to the new style introduced for Cha Eun-woo's character. Actors from "True Beauty" dominated the chart for performers, with Moon Ga-young at number one, Cha Eun-woo at number two, and Hwang In-yeop at number three. 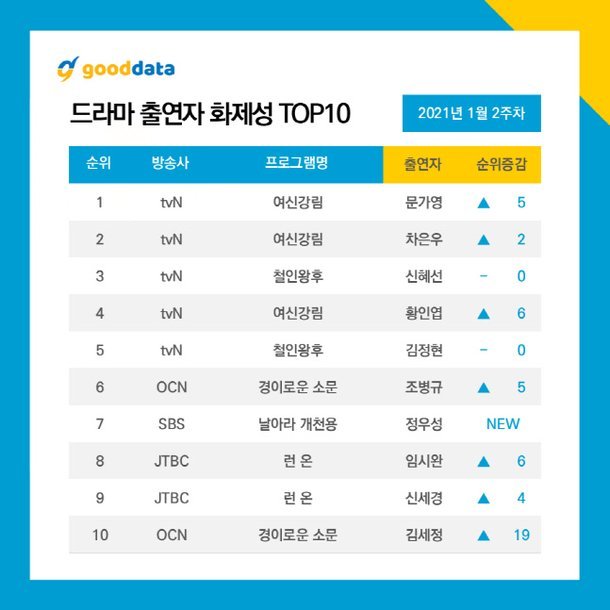 "Mr. Queen" suffered a far more dramatic drop in its raw social media metrics, with a drop of over 15%, falling down to third place. The arrow shooting scene was a source of much criticism from viewers who had enjoyed the drama due to its generally comedic and cheerful outlook. However, "Mr. Queen" also had its fair share of defenders who argued that the historical nature of the premise made such setpieces inevitable. Shin Hye-sun was number three for performers and Kim Jung-hyun was number five.

"Run On" also had a drop in raw social media metrics of over 8%, but climbed up to fourth place and 10% of all social media references thanks to the departure of "The Penthouse" that week. A movie parody sequence involving "A Moment to Remember", "A Bittersweet Life", and "Temptation of Wolves" drove much of the interest in the drama. Lead actors Im Si-wan and Shin Se-kyung were number eight and nine for performers respectively.