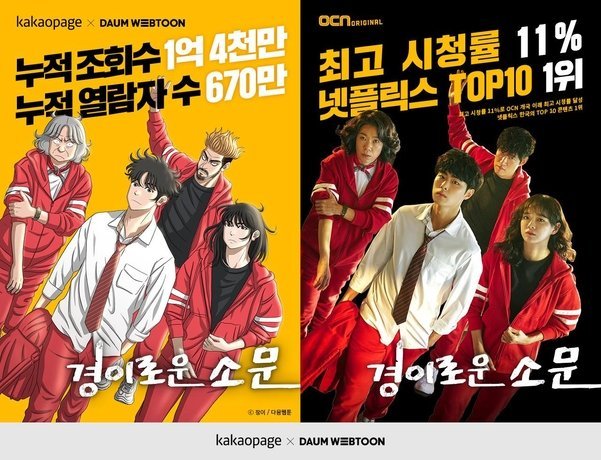 The original webtoon version of "The Uncanny Counter" was the best performing action fantasy webtoon on these services upon completion of its first season. The story deals with various counters, among them the lead character, who chase down malicious spirits. Since the airing of the television version of "The Uncanny Counter" the webtoon version has seen a big popularity boost, and is now the best performing of all serial webtoons.

The strong performance of "The Uncanny Counter" has raised expectations for other Kakao webtoon adaptations going forward. "Space Sweepers" is the biggest one, with the blockbuster film releasing worldwide via Netflix on February 5th. "Love Alarm - Season 2", "Navillera", "Imitation", and "Moving" are also based on Kakao webtoons and expected sometime this year.