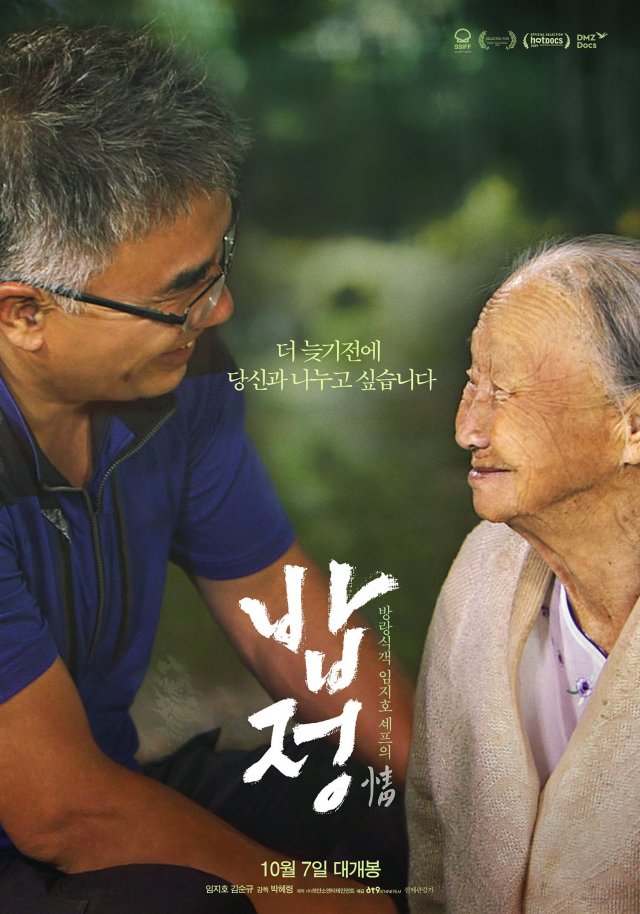 Despite poor circumstances in the COVID-19 pandemic, "The Wandering Chef" recently cleared the ten thousand viewer mark at the South Korean box office. The number, while modest, is quite impressive for a documentary film or an independent film particularly in the midst of a global pandemic. The more widely known and accoladed independent movie "Moving On", by contrast, has earned around eighteen thousand admissions at the South Korean box office.

"The Wandering Chef" had little marketing exposure and its press conferences were poorly attended. Nevertheless, the documentary centering around both traditional cooking and maternal figures has received much positive word of mouth. Various celebrities have also gushed over the movie over social media, including Song Yoon-ah, Son Ye-jin, Han Ji-min, and Song Hye-kyo.

But the strongest recommendations have come over the movie sites themselves, with "The Wandering Chef" holding a commanding 9.53 user rating on the CGV website. This positive reception will likely have long lasting benefit to "The Wandering Chef" as the documentary moves into streaming formats. For now, though, the documentary is enjoying its better than expected box office run.