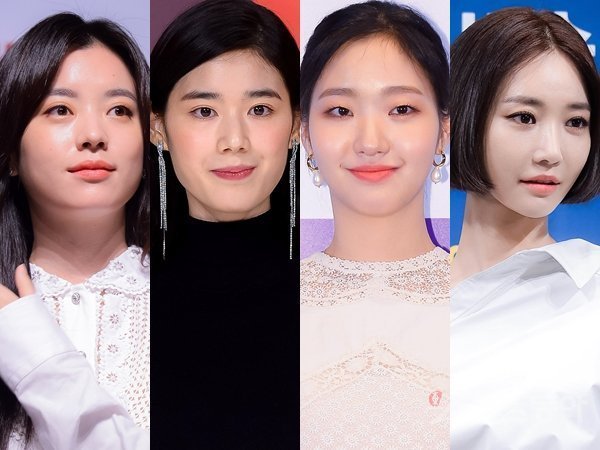 Actresses such as Han Hyo-joo, Jung Eun-chae, and Kim Go-eun have all suffered damage to their reputations owing to peripheral exposure to the 'Burning Sun' scandal. The rumor mill has been the main culprit for their career troubles than any concrete allegations.

Lately the main trouble they've had is the result of the May 4th broadcast of the SBS news show 'Unanswered Questions'. In the program, reporting reveals that Han Hyo-joo, Jung Eun-chae, and Kim Go-eun all attended a cosmetics brands opening event that happened in the club back in November of 2018.

Following the broadcast all three actresses became the talk of online rumors. This got so bad that the agencies behind the actresses were forced to respond. On May 6th BH Entertainment stated that Han Hyo-joo did not attend the event in question, nor has she ever visited the 'Burning Sun' club at all.

Jung Eun-chae's agency said that her contract with the cosmetics brand in question terminated in April of last year. They also stated that further rumormongering absent evidence would be met with legal response. Go Joon-hee made it clear back in March that this was to be her new default response to such allegations.

As the 'Burning Sun' investigation is still ongoing there is little recourse for professionals caught in the crossfire like this. Mere curiousity can do much damage to the image of celebrities, and the only way for anyone to be cleared is for police to finish the investigation. This is a process that even in the best of circumstances can take months.

"[HanCinema's News] The Women Victims of 'Burning Sun'"
by HanCinema is licensed under a Creative Commons Attribution-Share Alike 3.0 Unported License.