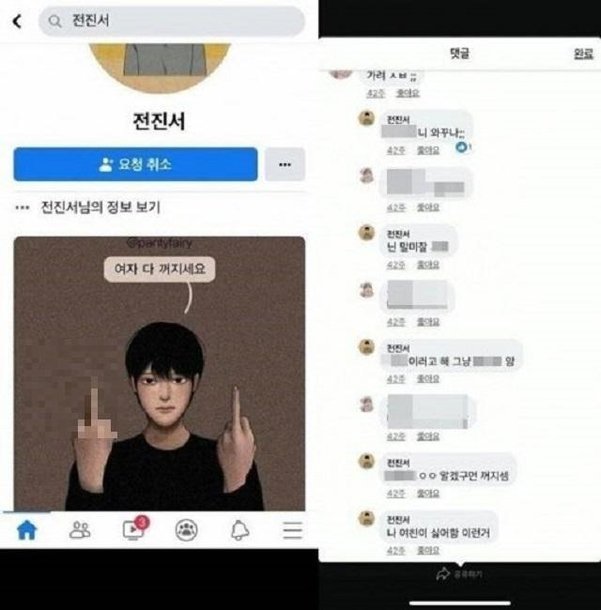 Jeon Jin-seo and Jung Joon-won of "The World of the Married" have been the subject of harsh criticism as captured images of their Facebook pages have spread throughout the South Korean Internet. In one image Jeon Jin-seo can be seen alongside obscene hand gestures and using foul language, while in others Jung Joon-won appears with his friends apparently smoking cigarettes and drinking hard liquor. 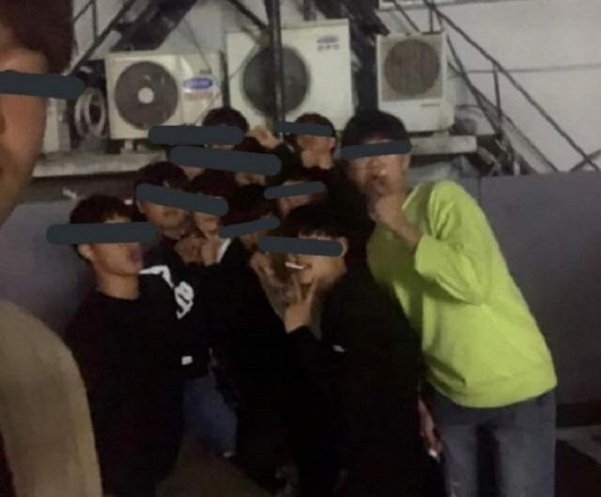 The discoveries were made after recent episodes stoked viewer interest in Jung Joon-won. Many relatively unknown actors from "The World of the Married" have enjoyed similar spikes in popularity. However, Jeon Jin-seo and Jung Joon-won are being seen harshly on account of the fact that they are still minors. T1 Entertainment offered an apology on Jeon Jin-seo's behalf for the old images, and the relevant account has since been deleted.

Jung Joon-won may have suffered a more permanent career setback due to his images. DAIN Entertainment apologized, not on his behalf, but on their own for having failed to properly manage the young actor's behavior. Jung Joon-won has since set his Facebook profile to private. In retrospect, it is somewhat surprising that he had not already done so.

"[HanCinema's News] "The World of the Married" Child Stars in Trouble Over Questionable Facebook Posts"
by HanCinema is licensed under a Creative Commons Attribution-Share Alike 3.0 Unported License.