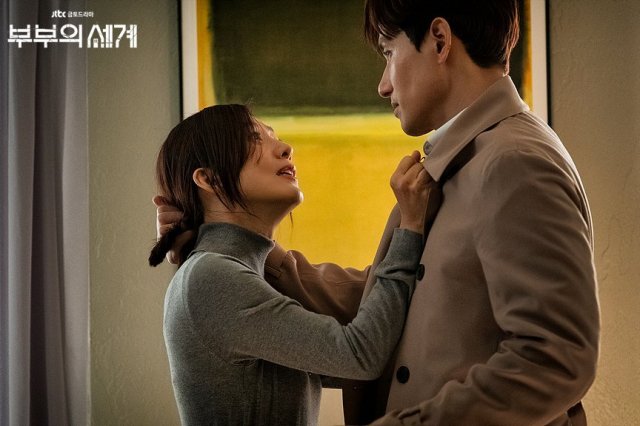 The trailer for the fifth episode of "The World of the Married" has had over a million views since its release across various media platforms. The record-setting number is particularly noteworthy, because that metric has only been equaled by one other drama this year - the major hit "Crash Landing on You". But that hit drama only managed a view count that high for its final episode, not its fifth one.

The rapid success of "The World of the Married" compared to "Crash Landing on You" is also reflected in terrestrial ratings. While "The World of the Married" started with only 6.26% ratings in its first episode, it hit 18.82% ratings in only its sixth episode. "Crash Landing on You", by contrast, only exceeded that high point in its final episode with 21.62% ratings. Its sixth episode, by contrast, only had 9.22% ratings after a similar 6.07% premiere.

"[HanCinema's News] "The World of the Married" Exceeds "Crash Landing on You" in Preview Metrics"
by HanCinema is licensed under a Creative Commons Attribution-Share Alike 3.0 Unported License.