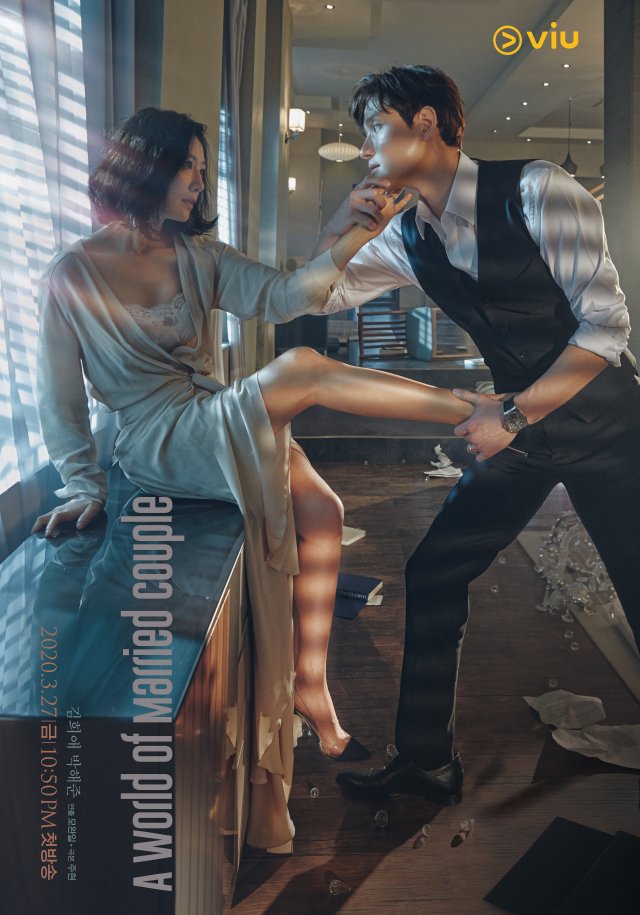 "The World of the Married" has earned exceptional ratings locally in South Korea, exceeding the 20% mark. But the drama is also doing quite well internationally, particularly in the rest of Asia. Viu streaming service recently released figures stating that 55% of viewers on Viu's services in Asia have watched the drama.

Viu is the exclusive distributor of "The World of the Married" in most of the Asian market. Viu currently provides distribution services to Hong Kong, Singapore, the Phillipines, Thailand, Indonesia, Malaysia, and Myanmar. Subtitles are provided as available in Traditional Chinese, Simplified Chinese, English, Thai, Bahasa Indonesia, Bahasa Malaysia, and Burmese. New episodes of "The World of the Married" are available on the service as soon as eight hours after broadcast.

In a statement the Chief Content Officer of Viu, Virginia Lim, said that Viu has seen a sharp increase in unique viewers that mirrors the increase in viewership for "The World of the Married" in South Korea. Virginia Lim also stated that great content transcends all culture and nationalities and that Viu's mission statement is to deliver such content to its users.

Virgina Lim also promised to bring more such South Korean programming to Viu users in the future. "When My Love Blooms", "Oh My Baby", "Kkondae Intern", "Good Casting", and "Fix You" are some other upcoming South Korean dramas that have already been attached to Viu's distribution services.

"[HanCinema's News] "The World of the Married" Most Watched Drama on Viu Streaming Service in Asia"
by HanCinema is licensed under a Creative Commons Attribution-Share Alike 3.0 Unported License.