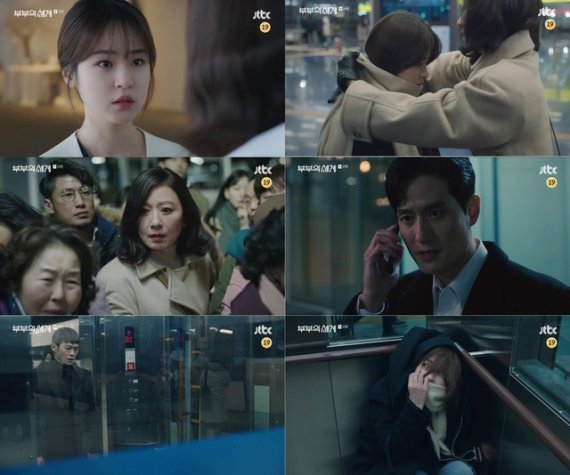 On April 28th the Good Data Corporation released its latest report regarding trends in South Korean dramas. As expected, the popular drama "The World of the Married" topped the Good Data Report for its fifth straight week following the drama's usual powerful performance in ratings. Whereas last week's social media conversation dealt with violence and casting decisions, commentary for the more recent episodes has been more positive, featuring praise for the drama's dating violence storyline.

Performers similarly had a strong appearance on the Good Data Report. Lead actress Kim Hee-ae was in first place followed by lead actor Park Hae-joon in second place. Second lead Han So-hee was in fourth place, while minor supporting cast members Lee Moo-saeng and Shin Eum-woo were in sixth and seventh place. Shin Eun-woo in particular was in the spotlight because of the extent to which the most recent episodes of "The World of the Married" dealt with her domestic abuse plot point.

It is, perhaps, only surprising that it has taken so long for a major drama to deal with romantically oriented violence. The social visibility of the topic has greatly increased in recent years, with stalking being seen as a major societal danger. The data for this particular iteration of the Good Data Report was collected between April 20th and April 26th.

"[HanCinema's News] "The World of the Married" Tops Good Data Report"
by HanCinema is licensed under a Creative Commons Attribution-Share Alike 3.0 Unported License.