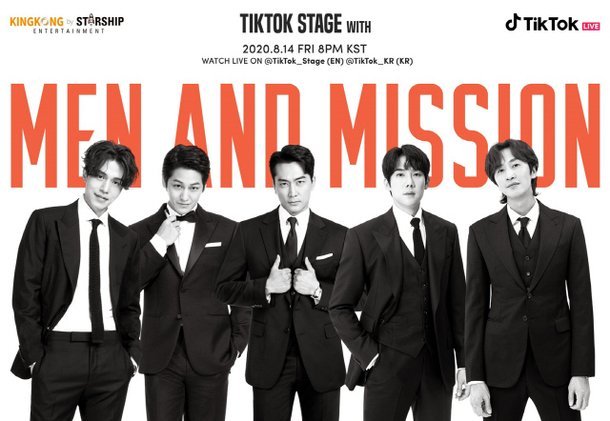 On August 14th TikTok has announced that five actors represented by King Kong by Starship will appear on TikTok Stage. The meeting will take place at eight PM Korean Standard Time, and will also be available in English. The stars represented will be Song Seung-heon, Lee Dong-wook, Yoo Yeon-seok, Lee Kwang-soo, and Kim Beom.

King Kong by Starship has said that the event was explicitly organized to help compensate for fan meetings having become impossible due to the ongoing COVID-19 outbreak. The event was organized by Untact Global Marketing, which is why it will also be available in English for the sake of international fans. Untact Global Marketing has also promised that these five particular actors, simultaneously, will have particularly special chemistry.