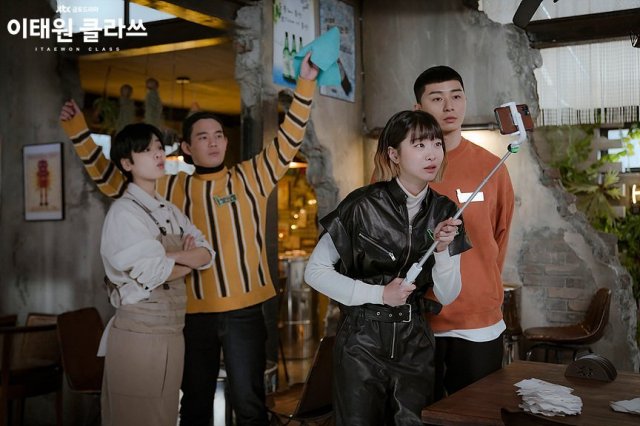 "Itaewon Class" has now led the top of the Good Data Report for three straight weeks, holding a commanding 37.65% of all social media references surveyed. The data for this iteration of the report was taken from March 2nd to March 8th. Park Seo-joon was also in first place for entertainers, and Kim Da-mi was number two.

One factor that has improved the visibility of "Itaewon Class" on the Good Data Report is the wide variety of big emotional scenes, each of which has been able to produce measurable spikes in search results. The biggest one according to Naver has been a transgender plotline involving the character played by Lee Joo-young, which has even eclipsed the more central corporate heir storyline involving Kim Dong-hee.

"Itaewon Class" has been a strong performer for jTBC across the board with strong ratings. The preview for its next episode, number thirteen, currently has over three million views on the video platforms where it is officially hosted. The next episode will be forthcoming on Friday March 13th.