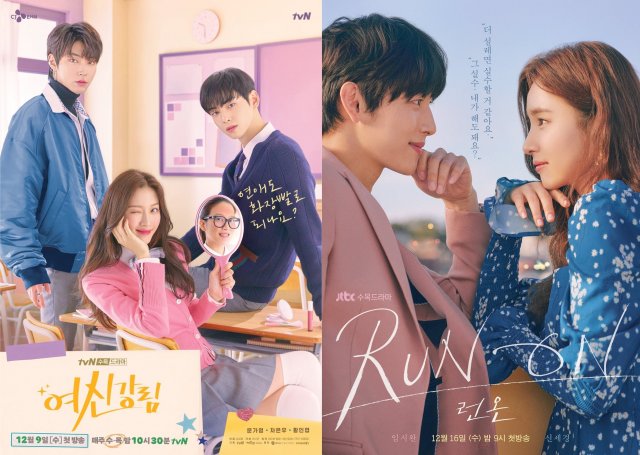 On January 26th CJ ENM released their latest Content Power Index (CPI), this one covering the second week on January, here defined as January 11th-17th. The CPI attempts to quantify the popularity of television programs via non-traditional sources such as social media, to better determine the relative popularity of programming in an era where traditional television ratings are increasingly irrelevant. "True Beauty" led the CPI for dramas this week, and was second overall with a rating of 280.9. 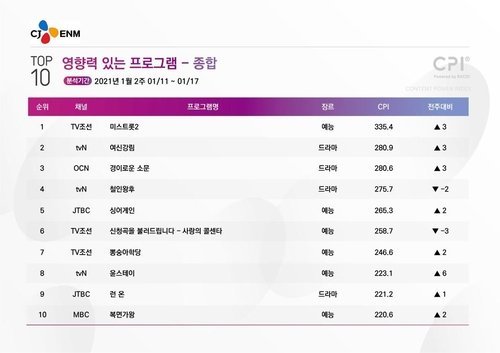 "Mr. Queen" was third for dramas and fourth overall with a rating of 275.7. The fusion historical time slip body swap drama has been the surprise of the season, succeeding despite its bizarre premise. The sports themed romance "Run On" was the fourth highest drama and ninth overall with a rating of 221.2. "Run On" has been a relative disappointment, with ratings trailing those of "True Beauty" despite having a better known cast with a stronger record for romances.