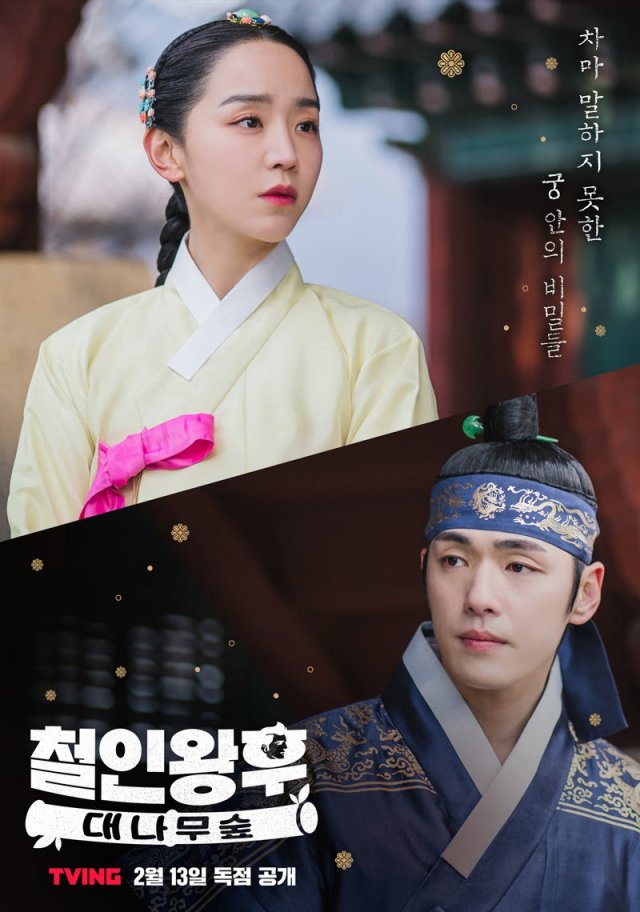 "Mr. Queen - Bamboo Forest" epilogue episodes are set to air on TVING this coming February 13th and 14th. Despite having the title of epilogues these episodes will also feature material set before the story's completion, including the first meeting of the characters played by Shin Hye-sun and Kim Jung-hyun before the former's body was possessed by a modern day chef. "Mr. Queen" deals with the aftermath of this spiritual possession in nineteenth century Joseon.

Despite these episodes being explicitly described as supplemental, Choi Ah-il is still the listed screenwriter while Yoon Seong-sik is the listed director. This has stoked the interest of fans wondering what sort of material will be played and why it was left out of the original drama. The "Mr. Queen" special episodes have the subtitle of Bamboo Forest and are expected to be available for purchase sometime after the nineteenth and twentieth episodes of "Mr. Queen" air on those same days.