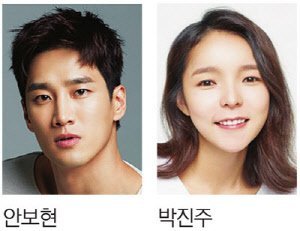 As was discussed by Orion a few weeks ago, "Her Private Life" concerns Deok-mi (played by Park Min-young), a meticulous art curator who is in her personal life a huge fangirl of idol groups. Her romance with Ryan Gold (played by Kim Jae-wook) begins under the promise of his having a more direct connection to such groups.

There are now more details about lesser characters. Ahn Bo-hyun, for example, will take the role of Deok-mi's childhood friend, an Olympic medalist who now runs a Judo gym. He seems likely to have a long time unrealized crush on Deok-mi.

Park Jin-joo, another recurring supporting actress in many dramas, will play Deok-mi's best friend Seon-joo, who runs a cafe nearby the Judo gym. Hong Seo-young will also play Da-in, a young, happening artist who is an important fixture at Deok-mi's gallery. She knows Ryan Gold, and is the means by which Deok-mi and Ryan Gold meet each other.

"Her Private Life" is beginning to take clear focus. It begins airing on April 4th.