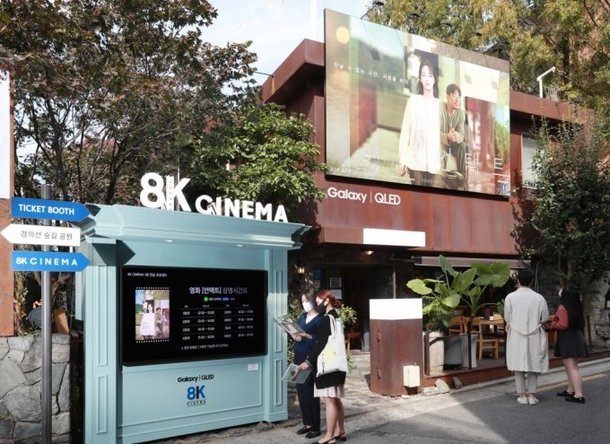 The short film "Untact" made its theatrical debut on October 16th but in a curiously limited format. "Untact" will only be screening through October 25th at special theaters in the Yeonnam and Seongsu neighborhoods of Seoul. The limited screenings of "Untact", much like "Untact" itself, were developed to promote 8K home theater systems.

"Untact" was also filmed in part to show off the capabilities of the latest Samsung Galaxy smartphone. The legendary director Kim Jee-won of such projects as "I Saw the Devil" and "Illang : The Wolf Brigade" shot "Untact". He had also shot "If My Things Are At Your Place We're Not Over" earlier this year, another commercial short film with relatively high profile stars. 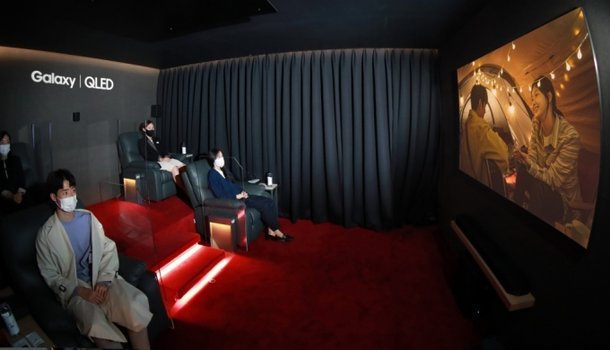 "Untact" is the latest work to feature Kim Go-eun and Kim Joo-hun. The short film is a love story that depicts their relationship, as the film oriented vlog loving Soo-jin (played by Kim Go-eun) goes through her daily life while her boyfriend Seong-hyeon (played by Kim Joo-hun) is studying overseas. The short movie is primarily intended to be seen online, and can be viewed here on YouTube (Not available outside Korea).