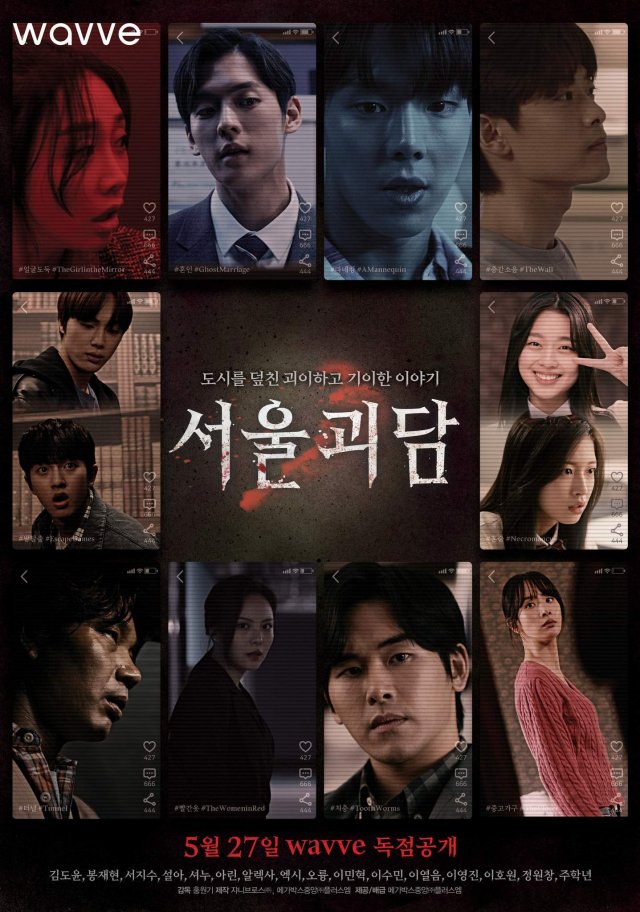 The South Korean streaming platform wavve has confirmed that they have gained the distribution rights for the horror omnibus film "Urban Myths" on their domestic service for May 27th. "Urban Myths" was released in South Korean theaters on April 27th, and has amassed around a little over a hundred thousand sales in box office receipts. However, the horror genre and unusual casting for the film has always made it a stronger potential film for digital platforms.

"Urban Myths" was directed by Hong Won-ki, who is best known for his music videos. Such is his reputation that Hong Won-ki was able to get a large number of musical stars to appear in the movie. "Urban Myths" follows such other noteworthy wavve acquisitions as "Josee" and "Mission: Possible" from last year, both of which did well on OTT services. This has improved expectations for "Urban Myths" to do likewise. "Urban Myths" still lacks an official English language release window worldwide.