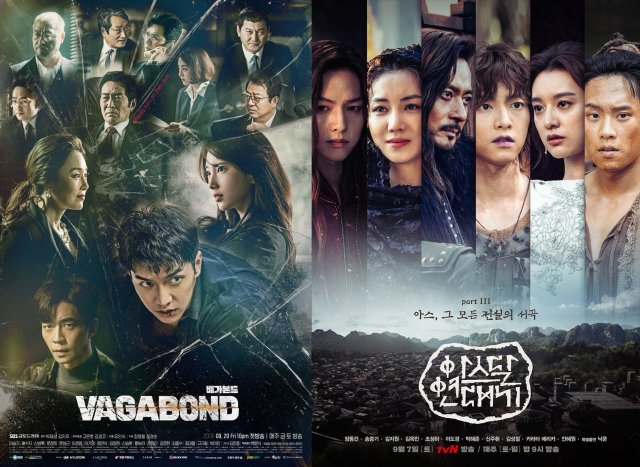 As "Arthdal Chronicles" has struggled to exceed ratings above 8%, the forty five million dollar drama has set a poor precedent for the next major preproduction, "Vagabond". However, "Vagabond", with only about a twenty million dollar budget in comparison, does have a few more factors working in its favor.

The main obvious one is just in terms of ambition. "Arthdal Chronicles" tried, and failed, to sustain interest on a massive epic level that would last for years. "Vagabond", by contrast, only has the pretension of being a drama at about the production scale of a Hollywood action movie. Though more ambitious than previous productions, "Vagabond" is not much of an overreach compared to other recent SNS projects.

The budget for "Vagabond", in addition to being smaller than that for "Arthdal Chronicles", was also more efficiently spent on location filming in Portugal and Morocco. While the expensive southeast Asian location shooting of "Arthdal Chronicles" was of little benefit to the drama, as it theoretically takes place in ancient Korea, "Vagabond" can take advantage of local landmarks via its modern day spy story for its international Netflix audience.

Comments from the lead actors have also been more encouraging for "Vagabond" than they were for "Arthdal Chronicles". Lee Seung-gi has specifically praised the preparedness of the staff of "Vagabond", while Lee Seung-gi and Bae Suzy both expressed confidence in the project's completion after a year's work. Bae Suzy also spoke affectionately of leading co-star Lee Seung-gi, while also citing director Yoo In-sik as someone she learned a lot from.