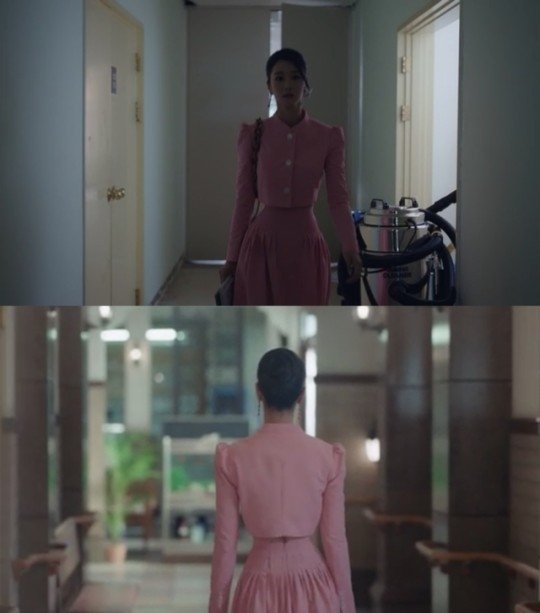 Visual distinction has been one of the strong points of "It's Okay to Not Be Okay" allowing the drama to gain prominent presence on social media sites where stills of the drama are shared. Seo Ye-ji's outfits on the drama have been popular in this format. But one such scene featuring a pink two-piece outfit has gotten the wrong kind of attention from viewers, who have observed that Seo Ye-ji's waist is so thin as to appear to have been made by computer graphics.

That however, is not the case. Seo Ye-ji's agency has confirmed that the actress simply has unusual proportions. Though 169 centimeters tall, Seo Ye-ji only weighs 43 kilograms. Her waist measures 55 centimeters- or 22 inches. Purportedly Seo Ye-ji maintains this frame with yoga and ballet. As Seo Ye-ji tends to favor larger clothes on most occasions, this particular pink two-piece outfit is one of the few times the sheer thinness of her waist can be clearly seen.