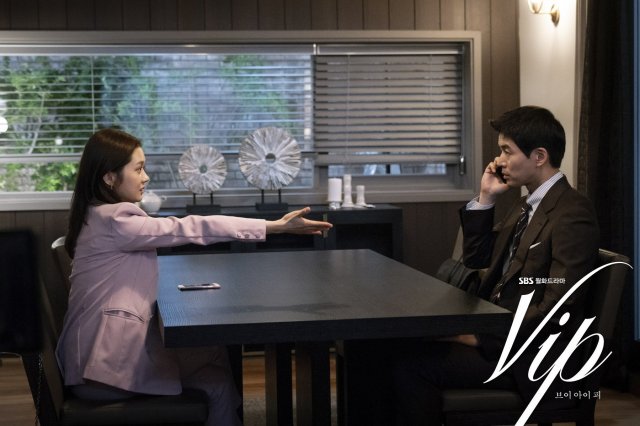 While "VIP" has not been promoted as a preproduced drama, it is nonetheless a product of a changed working environment. In contrast to Jang Nara's last drama, "The Last Empress", which was dogged by criticism of overly long and horrible working conditions for staff, filming for "VIP" began in May of this year. It concluded on October 26th - only two days before the drama staretd airing on television.

"VIP" is just the most obvious example of changes being made to South Korea's drama production system, as major broadcasters have put their support behind a fifty two hour cap on working hours for cast and crew. Lead actors Jang Nara and Lee Sang-yoon as well as other persons working on "VIP" have expressed praise of the system, saying that the heretofore unseen system was good for their health and allowed them to concentrate better on work.

Complaints about poor working conditions for dramas, both officially and unofficially, have decreased in recent months, possibly because broadcasters are concerned about the prospect of serious government regulation. "Hospital Playlist" may be a test to see how seriously these ethical concerns are taken. The tvN project will reunite director Sin Won-ho and screenwriter Lee Woo-jeong-I of the popular 'Answer Me' drama series, which has never had precise scheduling.