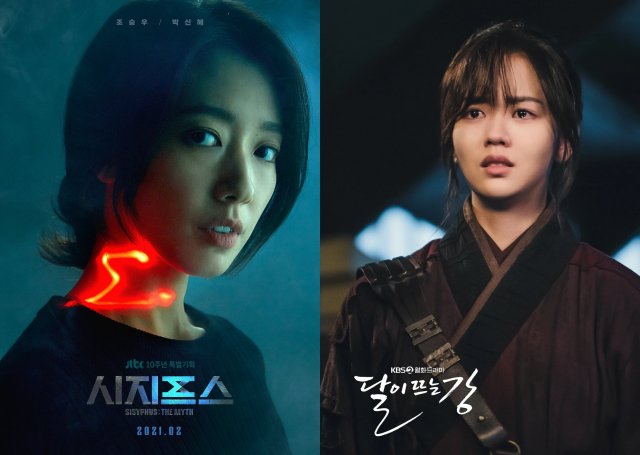 Leading female actors in South Korean dramas are nothing new, nor is the occasional appearance of a warrior woman archetypal character. But the current drama season is unusual in that two major dramas feature leading ladies in such warriors roles, though neither of them are well known for it. These are Park Shin-hye of "Sisyphus: The Myth" on jTBC and Kim So-hyun of "River Where the Moon Rises" on KBS. 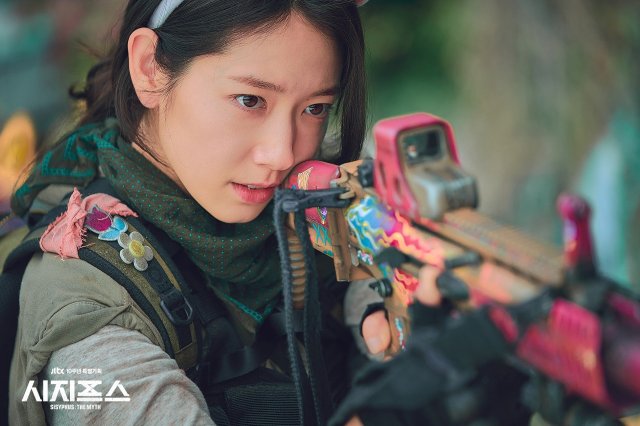 Park Shin-hye has long been known as a sweetheart style of actress in South Korean media. The thirty-one year old star only just recently had her very first foray into action with the zombie film "#ALIVE" last year which necessitated she train at the Seoul Action School. That experience appears to have whet her appetite for "Sisyphus: The Myth" where she plays a mysterious woman from parts unknown with a weak grasp life in modern day Korea but a strong grasp on hand to hand combat. 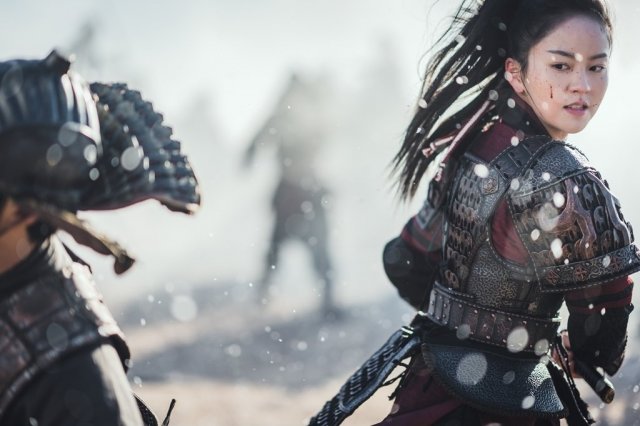 In the more distant past, Kim So-hyun plays Princess Pyeongkang in "River Where the Moon Rises" which is loosely based on the old folk tale of the story of Princess Pyeongkang and the Fool Ondal. In the original story Pyeongkang is a proper supportive wife, but in the recent adaptation she's a far more proactive heroine, in full clad battle armor. This may prove a bit of a shock to her more usual fans, who know Kim So-hyun from romances such as "The Tale of Nokdu" where she played a more girlish role.

The dueling examples of the dramas, with "Sisyphus: The Myth" having strong international numbers on Netflix and "River Where the Moon Rises" leading its timeslot, show a new dynamic when it comes to casting. Even in stories where romance is a crucial story element, women are often taking the lead with men playing the support roles. Though a simple twist in the overall dynamic, the change is nonetheless appealing to many viewers even with actresses that have counter-intuitive reputations for such parts.