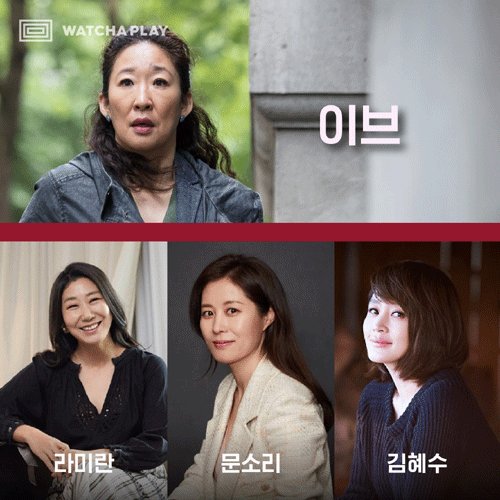 On July 11th Watcha Play released the results of its Killing Eve fantasy casting event. The BBC spy thriller starring ethnic Korean Sandra Oh in the leading role has been highly acclaimed, and while there are no current plans for a South Korean version, Watcha Play nonetheless was curious who would be the most popular picks for the leading roles. 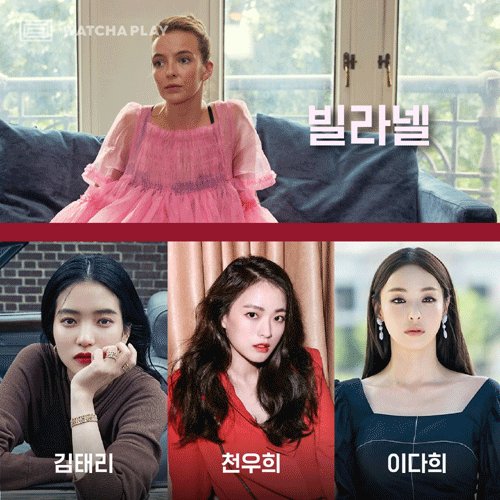 The winners in that regard were Ra Mi-ran, in titular role of older intelligence agent Eve, and Kim Tae-ri for the assassin Villanelle with whom she is mutually obsessed. It probably helped Ra Mi-ran that she recently had a superficially similar role as an older middle-aged veteran police officer in "Miss and Mrs. Cop". Kim Tae-ri too, has had her share of high-profile action roles lately.

Number two and three for Eve were Moon So-ri and Kim Hye-soo, women who are more well-known for serious roles than ones in strict thrillers. For Villanelle, Chun Woo-hee and Lee Da-hee were the second and third place choices.