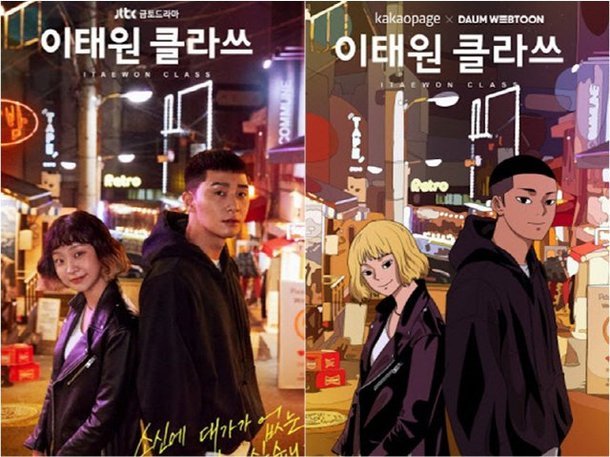 South Korean webtoons have long been popular as source material for dramas. But "Itaewon Class" has brought this framework of drama production into sharp perspective, as the original webtoon author, Kwang Jin, was also the chief scredited screenwriter for "Itaewon Class", and the drama's fidelity to its source material has been noted as a significant factor in its success. 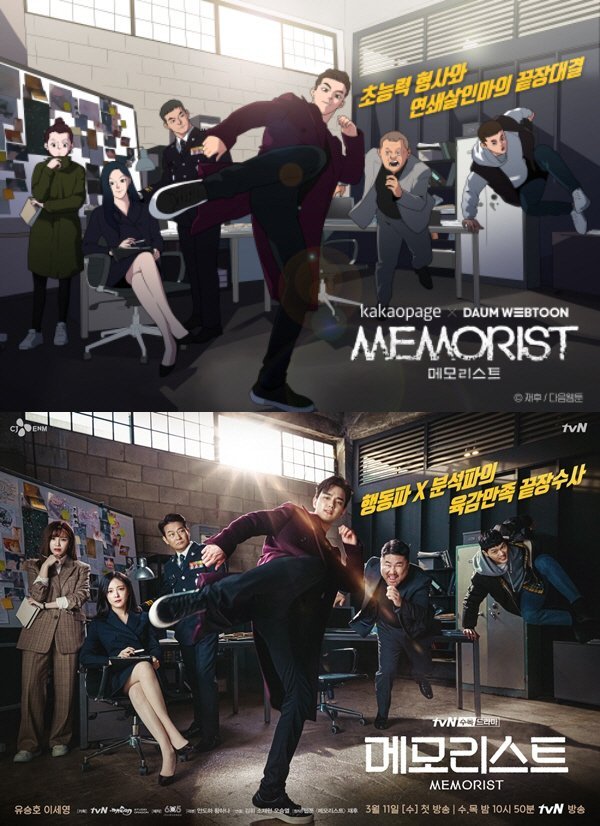 Or at least, this has been one explanation for how "Itaewon Class" has differed from other webtoon adaptations. "Memorist", which is still currently airing, has struggled to get past the 3% range. Though many dramas are adapted from webtoons, the nature of the settings often makes it difficult for the casual viewer to be able to tell the difference between them and originally pitched projects.

But even if there's a quality gap, the quantity gap has become difficult to dispute. "Meow, the Secret Boy", "Rugal", and the soon to premiere "How to Buy a Friend" were all adapted from webtoons. They represent highly diverse genres, from high concept romance to bio-engineered action heroes to awkward high school friendships. There's no shortage of fresh ideas that can be mined from the webtoon direction. 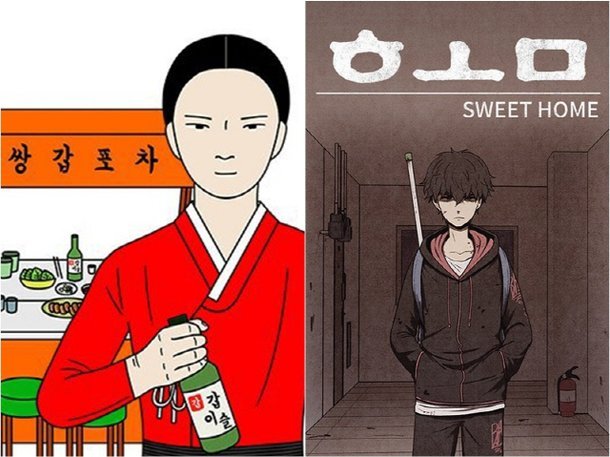 This much can be seen looking ahead as well. "Mystic Pop-Up Bar" will air on jTBC this coming May and will deal with various persons involved in a covered wagon style pub delving into dreams and unlocking past misery. "Sweet Home" will also appear on Netflix, and offer an adventure thriller tale about a boy without parents dealing with monsters.

Persons relevant to drama production have said that webtoons are more favorable compared to novels due to the ease with which visual elements can be adapted. Cartoonified versions of promotional images for "Itaewon Class" and "Memorist", for example, maintain similar dynamic energy. But others have, more cynically, suggested that cross-marketing appeal is the real reason for the boom. In any case, like any other kind of drama, webtoon adaptations need to find an audience.