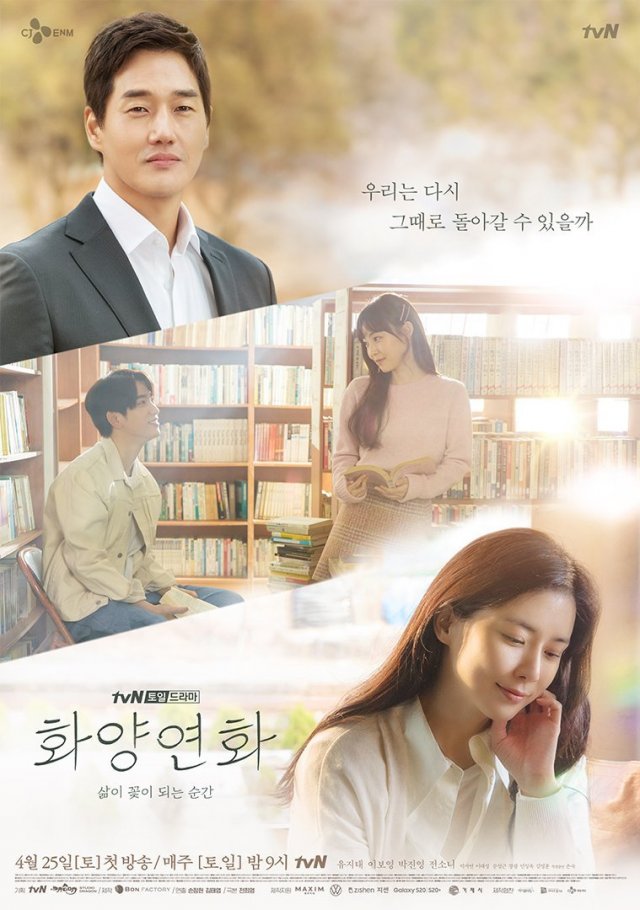 As a melodrama featuring older actors, "When My Love Blooms" was always a questionable addition to tvN's weekend lineup, seemingly working very much against the network's brand. And yet the drama has done surprisingly well for itself, opening its first episode with an average rating of 5.4%. This is slightly higher than the 5.1% close for its predecessor "Hi Bye, Mama!".

"When My Love Blooms" tells the story of two persons played by Yoo Ji-tae and Lee Bo-young reuniting in their forties. While much of the drama takes place in flashback with younger actors, "When My Love Blooms" is a fairly specific form of romantic melodrama that tends to appeal to older audiences. Consequently, it's little surprise that the drama's ratings for the younger 20-49 year old demographic are much lower, in the 2.7% range.

What is surprising is that "When My Love Blooms" is doing as well as it is. The relatively safe subject matter of the project featuring minor stars gives it all the appearance of a placeholder project. With "The King: Eternal Monarch" long known to be premiering in April and "The World of the Married" giving off an outstanding performance in the ratings, "When My Love Blooms" had little obvious hope of competing on hype.

But much like how "The World of the Married" was able to grab audience attention with strong performances and setpieces, so too has "When My Love Blooms" distinguished itself in this department. While not especially famous, the stars of "When My Love Blooms" have brought a resigned veterans' edge to the production. Director Son Jeong-hyeon as well has brought sharp visuals to the production, giving it a very dreamlike look that is nevertheless grounded in reality.

"[HanCinema's News] "When My Love Blooms" Exceeds Expectations"
by HanCinema is licensed under a Creative Commons Attribution-Share Alike 3.0 Unported License.