[HanCinema's News] "Will You Leave?" Released on Seezn 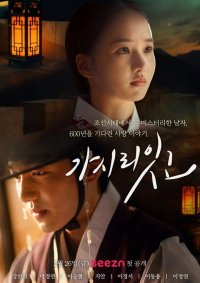 On February 26th the time slip webdrama "Will You Leave??" was released via Seezn. Among other details a new promotional poster for the drama has confirmed Lee Dong-yong and Lee Jung-yeon in non leading roles. The drama stars a twenty-six year old musical genius played by Kang Chan-hee and a twenty-one year old busker played by Park Jung-yeon in a six hundred year spanning story of music and romance.

"Will You Leave?" will also begin airing on cable television in South Korea via SKY on March 5th. The webdrama is the latest scripted project from KT, which is hoping to develop more of a reputation as a content creator, especially among younger viewers. KT also produced the recent feature film "Double Patty" which behaved modestly in the COVID-19 depressed box office but which was always intended primarily for distribution via Seezn.

"My Big Mama's Crazy Ride" was another project released on February 26th, following a special television screening a few weeks prior on the extended Lunar New Year holiday. A representative from SKY mobile media promised that a wide range of genre features would be available on the platform. The establishment by KT of Studio Jenny, which will produce further original content for the mobile corporation, suggests KT is serious about their long term plans even as future projects still remain unknown.

"[HanCinema's News] "Will You Leave?" Released on Seezn"
by HanCinema is licensed under a Creative Commons Attribution-Share Alike 3.0 Unported License.