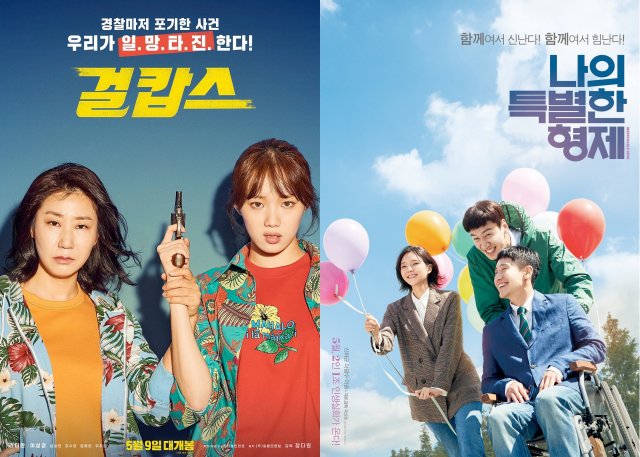 Over the past weekend "Miss and Mrs. Cops" has amassed 511,571 admissions. "Inseparable Bros" over the same three day period had 258,085 admissions. This places them second and fourth for overall admissions that weekend, driven largely on the strength of female viewers.

The success of "Miss and Mrs. Cops" comes following criticism of the movie's alleged feminist ideology. Cast and crew for "Miss and Mrs. Cops" have denied any such political overtones, framing it simply as a buddy cop movie where the lead characters happen to be women.

"[HanCinema's News] Women Viewers Drive Success of "Miss and Mrs. Cops" and "Inseparable Bros" At the Box Office"
by HanCinema is licensed under a Creative Commons Attribution-Share Alike 3.0 Unported License.