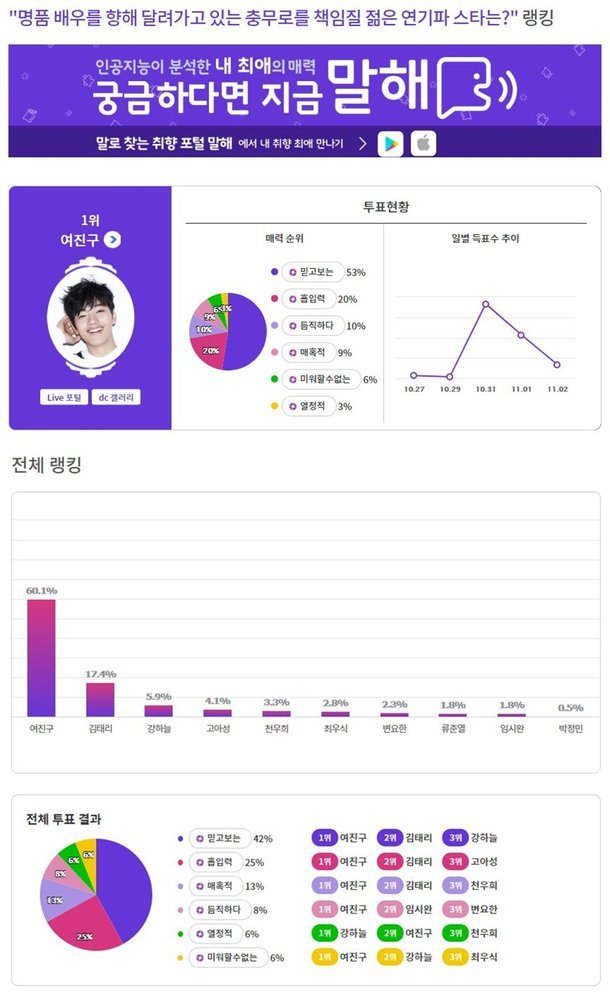 Yeo Jin-goo has won the latest eccentric user poll from the website DCInside. The query of the poll was, which celebrity has the acting power to be responsible for Chungmuro. Yeo Jin-goo decisively won the poll with over sixty percent of the total vote.

Yeo Jin-goo likely owes his popularity to the strength of "The Crowned Clown" and "Hotel Del Luna" from earlier this year. Interestingly, Yeo Jin-goo was also the lead in a third drama, "Absolute Boyfriend", which has largely been forgotten compared to the other two - suggesting that for the strength of his acting reputation Yeo Jin-goo can't carry a production all on his own.

Kim Tae-ri was in second place with over seventeen percent of the vote. Her being defined as a young person is somewhat questionable, as she is a full seven years older than Yeo Jin-goo. However, this just goes to show how much of an impression her performance in "Mister Sunshine" made in 2018, though Kim Tae-ri has yet to have confirmed a new drama.

Kang Ha-neul and Go Ah-sung also factor into the list at five percent and four percent respectively. These actors too are a fair bit older than Yeo Jin-goo, suggesting that he is in a class of his own when it comes to young talent and that voters are otherwise largely remembering major young talents from previous years.