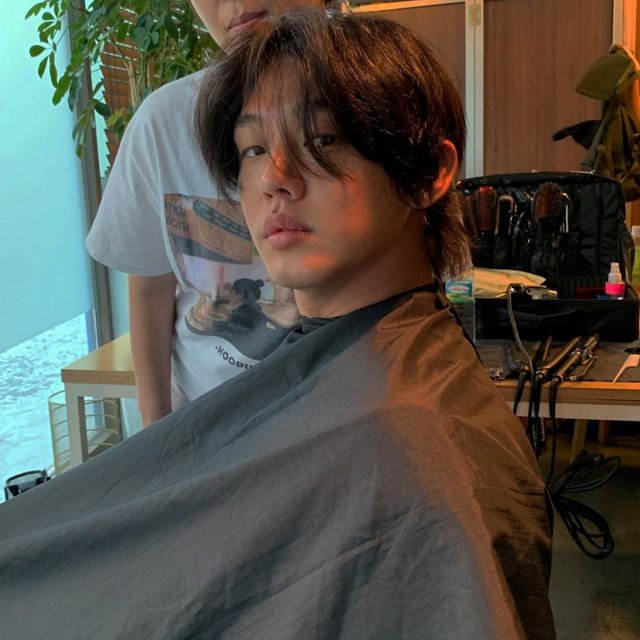 In a recent Instagram post Yoo Ah-in posted proof that he was making good on one of his "#ALIVE" pledges. On July 27th during a V LIVE CV he promised that, should "#ALIVE" breaks a million viewers, he would show everyone the alternate hairstyle discussed for his character in the movie which was ultimately decided against in favor of a blond dyed buzzcut. In the picture, Yoo Ah-in is wearing a long-haired wig of the alternate style.

Many fans were surprised that this hairstyle was decided against, as it seemed more on-brand for the zombie thriller. It is never explained in "#ALIVE" how Yoo Ah-in's character is able to maintain his hairstyle given the lack of general resources. In any event, Yoo Ah-in also promised in the V LIVE broadcast to release a heretofore unseen broadcast of Yoo Ah-in with EBS mascot Pengsoo.

#ALIVE" recently passed the 1.2 million viewer mark. It is unclear whether the movie has enough momentum to break the 2 million mark, although it has the benefit of no serious competition until "Peninsula" comes out of Kuly 15.