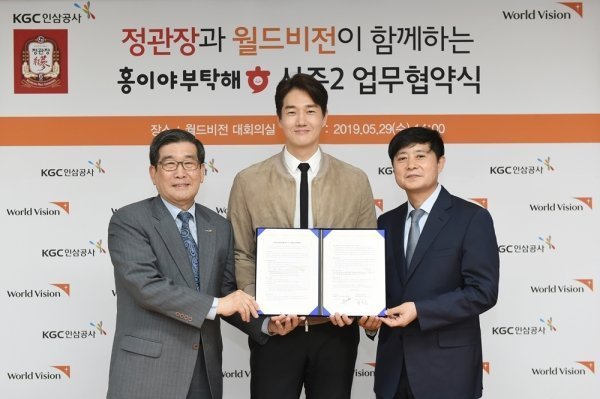 The international relief organization Worldvision in coordination with the Korea Ginseng Corporation have held a convention on providing safe drinking water to Rwanda. Yoo Ji-tae was present at the event, and offered his support.

Yoo Ji-tae's presence was encouraging given the "Different Dreams" star's strong profile in regards to charity work. He participated in the relief campaign for the Gangwon fires earlier this year, has arranged for schools to be built in several developing countries, and worked for donations toward the Haiti Earthquake.

Yoo Ji-tae has also been a sponsor for the arts. He has publically donated to the Wildflower Awards, which honor Korean film, and also called for better development of the Seoul Art Cinema in the Jongro district of Seoul. And now he's set to focus his energies on this new campaign for safe drinking water in Rwanda.

In a statement Yoo Ji-tae said that he is joyful and thankful to have an opportunity to work on this campaign to help African children. He noted that the mountainous terrain of Western Rwanda makes it particularly difficult for that region to access safe drinking water and that the people in this area suffer many hardships because of that. He expressed hope that their small interest could make a big difference.