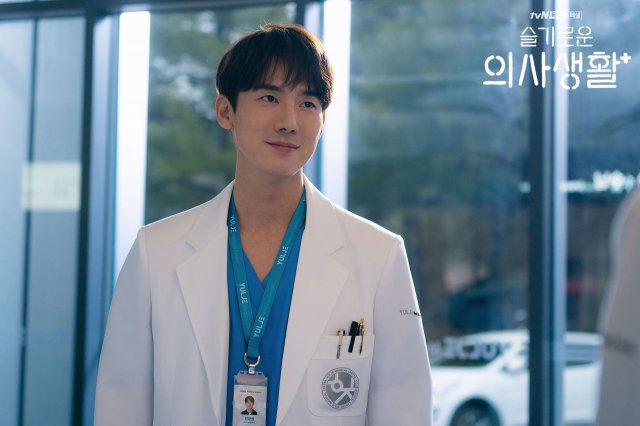 The results are out for DCInside's latest novelty celebrity poll from My Celeb. The latest prompt was, which actor has such a melodramatic stare he can make even men's hearts flutter? The winner was Yoo Yeon-seok of "Hospital Playlist" with a commanding 33.9% of total respondents giving his name in response to the query.

This particular DCInside poll was noteworthy for having a fairly wide variety of answers with little obvious connection. Park Bo-gum, with his more boyish image, was second with 9.8%. Hyun Bin, who has more of a manly image, earned 5.5% of the total votes. The other half of respondents featured equally diverse names such as Gang Dong-won, Jung Kyung-ho, Jung Hae-in, and Park Hyung-sik.