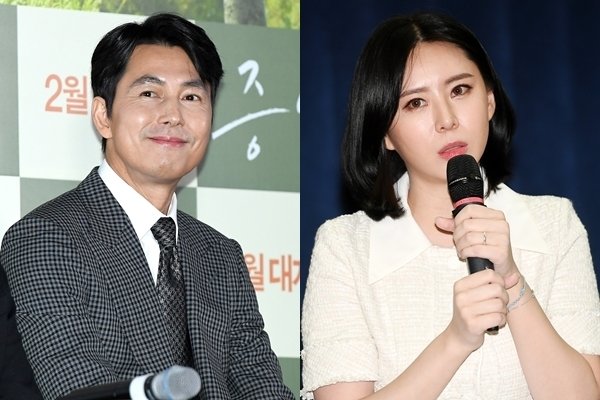 On April 23rd Yoon Ji-oh revealed a text exchange between her and actor Jung Woo-sung that took place on April 17th. In the exchange, Jung Woo-sung expresses support for her cause to bring attention to the Jang Ja-yeon investigation.

In the exchange Jung Woo-sung mentions difficulties with trying to interact with Yoon Ji-oh on social media sites. However, he notes that he's fine with any relevant person or organization seeing what he has to say. Yoon Ji-oh then thanks him for his kindness, but Jung Woo-sung responds by saying that no thanks are needed, as he is not in danger. 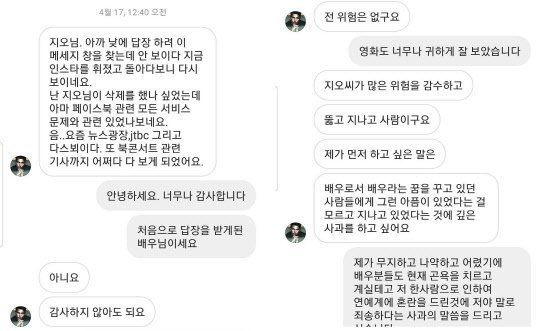 In unveiling the exchange Yoon Ji-oh noted that Jung Woo-sung's words were a big comfort and support to her and offered him a sincere thanks. Jung Woo-sung's co-star Kim Hyang-gi from "Innocent Witness" also liked the post, prompting Yoon Ji-oh to mention how even minor gestures touch her emotionally and give her courage.