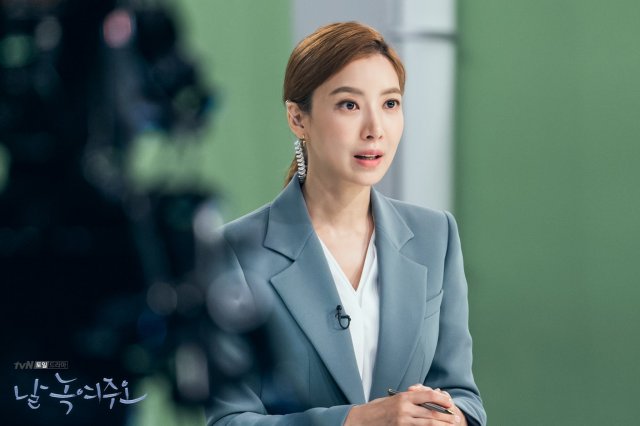 New stills of "Melting Me Softly" have given a glimpse into Yoon Se-ah's character, Ha-yeong. As the drama's second lead, Yoon Se-ah will be in the awkward position of playing the ex-girlfriend of lead actor Ji Chang-wook, who matured into a capable adult without him when he ended up getting frozen for longer than expected. 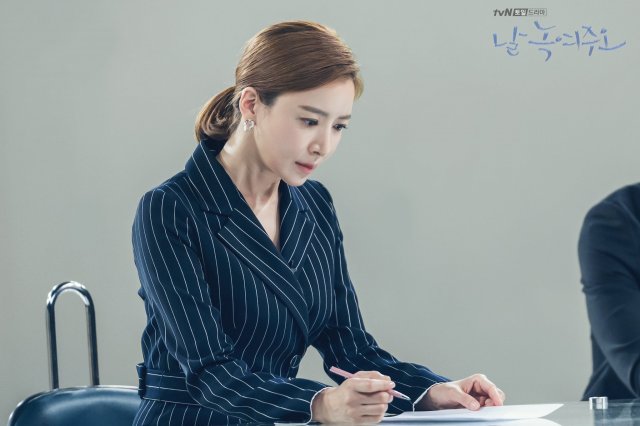 In order to properly research the role Yoon Se-ah spoke with real-life news broadcasters to better understand their technique and replicate it onscreen. Strong care was also given to her styling, to give a modest and tidy look, and to emphasize her appearance of concentration, and move away from triggering more emotional responses.

Yoon Se-ah also had kind words for writer Baek Mi-kyeong and director Sin Woo-cheol, who she described as pleasant and trustworthy. She also praised the rest of the cast and crew, saying that they were working together happily and excitedly with excellent concentration. Yoon Se-ah expressed high anticipation for the premiere "Melting Me Softly", hoping that viewers would likewise be impressed. "Melting Me Softly" is set to begin on September 28th following the end of "Arthdal Chronicles".

"[HanCinema's News] Yoon Se-ah Set to Make a Big Impact in "Melting Me Softly""
by HanCinema is licensed under a Creative Commons Attribution-Share Alike 3.0 Unported License.