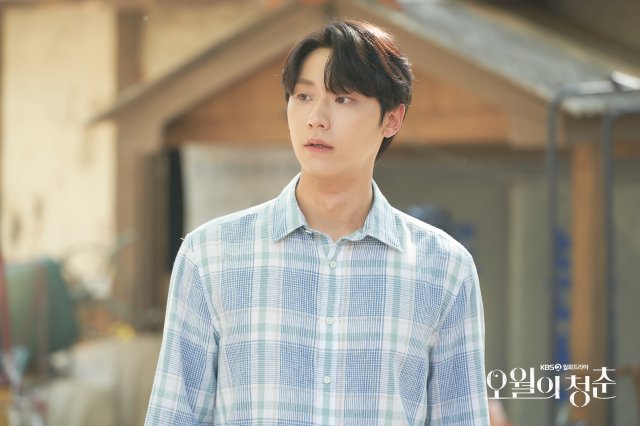 This past June 8th saw the completion of the drama "Youth of May" with ratings of 5.6%. The modest numbers measure only a slight uptick from the drama's first episode of 4.8%. But the short twelve-episode drama taking place under the backdrop of the Gwangju Uprising in 1980 has nevertheless established lead actor Lee Do-hyun as a star to watch. The twenty-six year old demonstrated surprising warmth and sweetness over the drama's run, seeming nearly wasted on melodrama.

But the coming of age story that marks "Youth of May" could well mark a similar change throughout the young actor's career. Until now Lee Do-hyun has mainly done youth roles as a supporting actor. His largest role to date was in "18 Again" but even there, he was not playing his own man, but the middle-aged version of his character contrived by circumstance into the body of his younger self. Even playing a college student has been a big stride compared to playing teenagers.

Lee Do-hyun has also made the most of a relatively late-starting career. His first role, as the younger version of the prison guard played by Jung Kyung-ho in "Prison Playbook" made a strong impression on viewers despite its brevity. Lee Do-hyun has put a similarly distinctive stamp on his roles since then as well, grabbing the attention of casting directors. The sheer variety of genres he has been able to work with is also impressive, demonstrating consumnate talent.

Often talent isn't enough if an actor's main visibility is in projects that don't catch on in popularity. While not a major hit, "Youth of May" has definitely been popular enough that Lee Do-hyun's name has come up in discussions of upcoming dramas such as "Melancholia" and "Hounds" which still lack finalized casts. Whatever project he tackles next, it's clear that Lee Do-hyun is only just getting started.