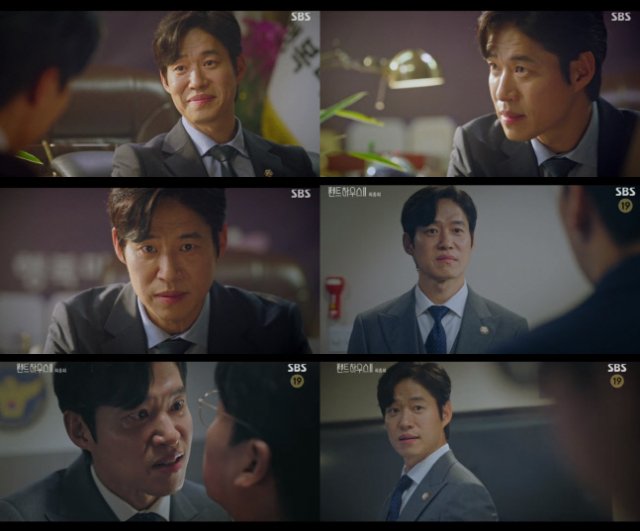 Already well-acclaimed for its many cameos, "The Penthouse 2" had a strong finish in its final episodes thanks to a special appearance from actor Yu Jun-sang. Best known for his more demure roles, Yu Jun-sang takes on the role of Jung Doo Wan, the presidental candidate for the Happy Future Party. Despite the cameo role implying, as with other cases, a relatively unimportant role, Jung Doo Wan turns out to be story critical due to his background involvement in the dram's sinister schemes.

The cameo appearance was made possible by Yu Jun-sang's past collaboration with Uhm Ki-joon, as both actors are part of the idol group UYMP. Uhm Ki-joon was the U, while Yu Jun-sang was the Y. The project is a recent one, with the word idol describing the style of music rather than the branding. "The Penthouse 2" ended with ratings of 25.8% on April 2nd, a surprising drop from a high of 29.2% the previous week. Yu Jun-sang will next appear in the movie "Spring Song" on April 21st, which he also directed.

"[HanCinema's News] Yu Jun-sang Makes Special Appearance in the Final Episodes of "The Penthouse 2""
by HanCinema is licensed under a Creative Commons Attribution-Share Alike 3.0 Unported License.