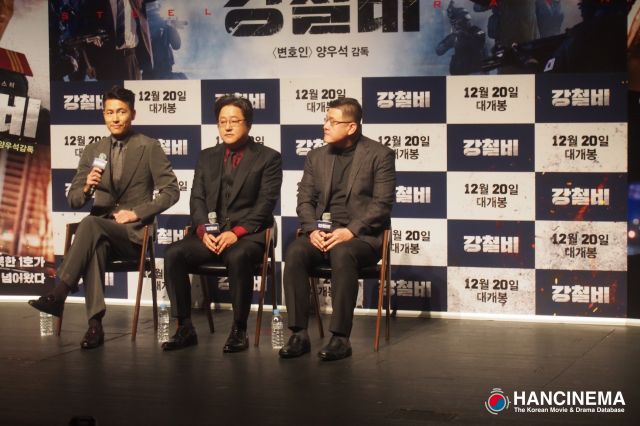 On November 15th at 11:00 AM at Apgujeong CGV the press conference for "Steel Rain" opened up. The movie's an action blockbuster primed for official release on December 20th- a bit far off to think about but just the right time for the advertising push to start, since "Steel Rain" will be competing with "Along With the Gods: The Two Worlds" for the always lucrative end-of-year market going into Christmas and New Years. Directed by Yang Woo-seok, the director of "The Attorney" from a few years back, "Steel Rain" is based on his own popular webcomic of the same title and stars Jung Woo-sung and Kwak Do-won as intelligence officers in North Korea and South Korea respectively who must work together to avert a massive crisis in the wake of a North Korean coup d'état. 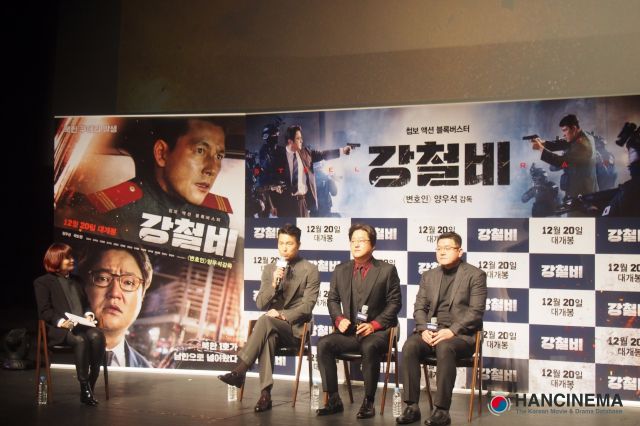 The political elements were front and center of the press conference. Yang Woo-seok made it clear that, obvious commercial elements notwithstanding, "Steel Rain" is intended as a thought experiment regarding what a hypothetical "solution" to the current North/South Korea stand-off might look like, given the current climate of aggressive rhetoric on both sides. The significance of this movie's big advertising push coming on the heels of American President Donald Trump's widely protested South Korea trip was duly noted.

For all the promise of crisis, though, "Steel Rain" is also promising optimism in the form of bromance. Supposedly Jung Woo-sung and Kwak Do-won have fantastic chemistry as agents from opposite sides of the DMZ. Without seeing the movie, I obviously can't verify that, but they certainly showed cheerful synergy backing each other up in the face of questions. When Jung Woo-sung and Kwak Do-won were confronted with the webtoon version of their characters, there was mild, if amusing awkward laughter at how Kwak Do-won doesn't quite look so suave as his source material. The two even managed to answer lightning round questions with quick confidence- indicating that they'd given quite a bit of thought not just into their characters, but what they might expect audiences to take away from the film proper. 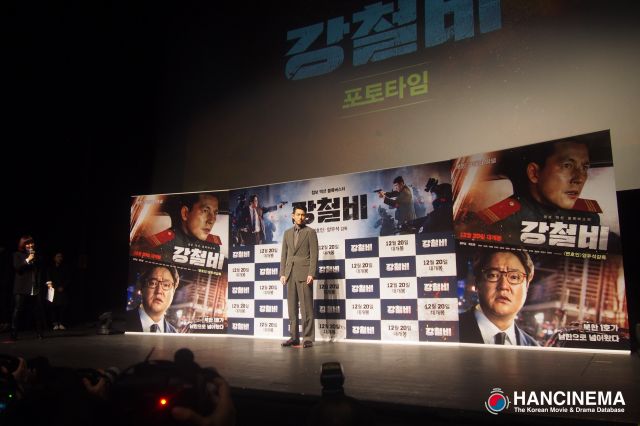 And what might that be? Oh, nothing much. Just something fun that's grounded in the real world. So, maybe like "Confidential Assignment", except with stakes of a much greater magnitude and more pyrotechnics. Can director Yang Woo-seok pull it off? Again, without seeing the movie, who knows- but it's clear from his work on "The Attorney" that Yang Woo-seok has a greater appreciation of political subtleties than the typical big budget director. Yang Woo-seok was also behind the original webcomic that was adapted into "Seondal: The Man Who Sells the River", so the guy has a sense of humor and an understanding of the proper use of good visual flair. I'm feeling pretty optimistic about this one. 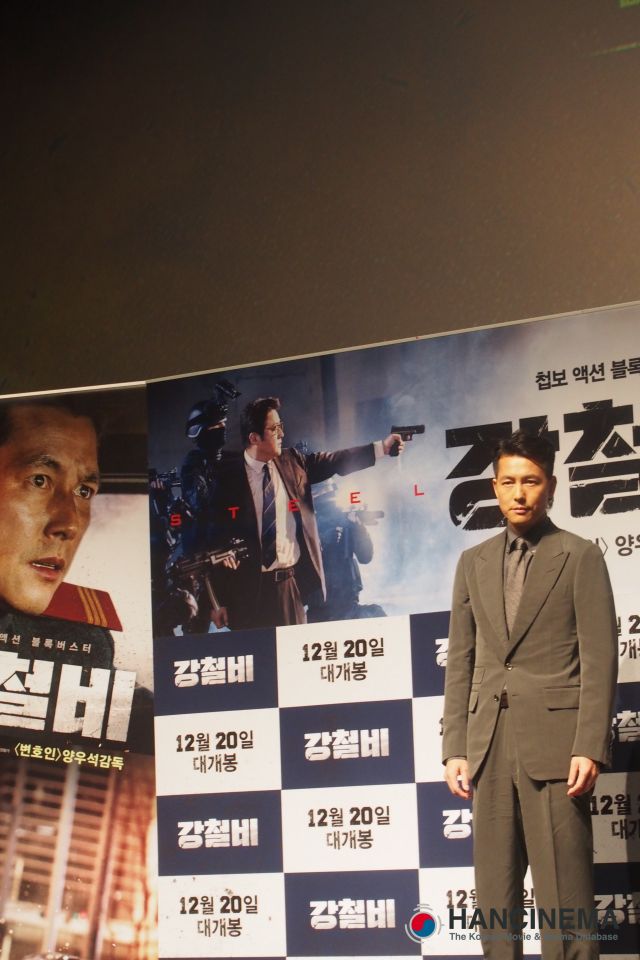