[HanCinema's Film Review] "A Melody to Remember" ***Free Tickets (US Only - First-Come, First-Served)*** 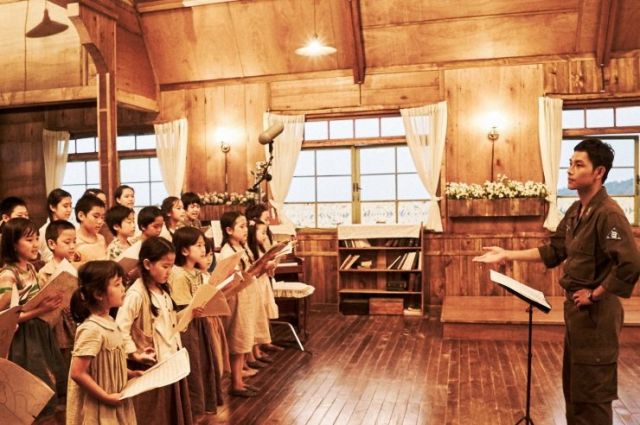 Films set in wartime often focus on the horrors of war, the violence and ruin, and the small fonts of hope that spring up in the most unlikely of places. "A Melody to Remember", released internationally on January 29, 2016, is no different in that respect. What makes it a film worth watching is its magnetic pull that is created by the well-cut scenes, the heartfelt acting, and the music that inspired the real-life choir to come together and perform during one of the most devastating times in Korean history.

"Punch"'s Director/Writer Lee Han tackled the ever present pain of a divided people with taste, sensitivity, and a gritty sense of realism without delving too much into the violence that defined the Korean country from June 25, 1950 to July 23, 1953. The care and effort that went into cast training, set, location, and Lee Jae Jin's music is visible throughout the film. Endings of scenes mimicked the grace with which a pianist lifts her hands from the keys at a piece's end.

"A Melody to Remember" centers around a lieutenant's journey through wartime and how he helps others, and through them himself, through the physical and emotional difficulties. Everyone has lost, adults and children alike. This soldier, Lieutenant Han Sang-ryul (Im Si-wan), is numb from war as are the orphans who are put into his charge. The realities of war live through the children who bicker because of the stringent political and ideological lines their parents walked. It is Lieutenant Han's job to give them safety in a precarious time and teach them to along through the vehicle of music. Im Si-wan as was everything a man who has seen war and has fallen in love with children should be: terrified, loving, shell shocked, and most of all, a mix of all of those things.

What was unfortunate was that the shift of his character from war-haunted soldier to devoted father-figure to a group of orphans was choppy. In place of a few fight scenes the small steps from a group of strangers to a big musical family could've been better handled. He seemed to shift from awkward around his charges to being as protective as a father. That is a weakness in writing.

But the connection between Im Si-wan and the kids and the way that everyone came together despite age and circumstance was very real amongst the cast. Siblings Dong-gu (Jeong Joong-won) and Soo-ni (Lee Re) were so closely knit that the love was palpable. This child cast was incredibly strong, especially Jeong Joong-won. Go Ah-sung was quiet yet ever present as volunteer teacher Park Joo-mi, and Lee Hee-jun was appropriately malicious as Hook, a man who made a living abusing the spoils of war, including the children.

"A Melody to Remember" is worth the watch because the beautiful human moments didn't feel like a sledgehammer over the head. They grew and budded as naturally as the beautiful choral music that was rehearsed over the movie's runtime. And the music was a balm for the soul rather than a cure for all the ugliness around the choir. It kept their wounds clean and bandaged rather than act like a cureall.

The ticket debacle needs to be mentioned, but it doesn't change the quality of the film. A news exclusive stated that as many as ten firms bought tickets to the film, but distributor NEW denied any suggestions of pressure to purchase. The film did land number two in the box office during its first week. The placement is well-deserved. While it was nothing ground-breaking, "A Melody to Remember" will bring genuine tears, good feels, and a reminder of what North and South Korea are still living with, the only nation on earth that is still divided.

"A Melody to Remember" is written and directed by Lee Han, and stars Im Si-wan, Go Ah-sung, Lee Hee-jun, Lee Joon-hyuk-I, Jung Joon-won, and Lee Re. 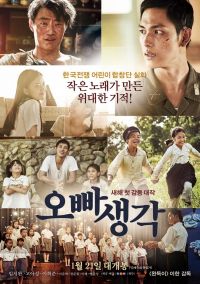 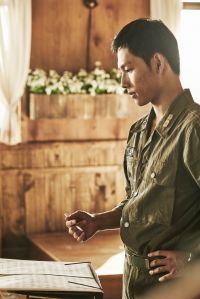 1 pair of tickets for other screenings for these locations only