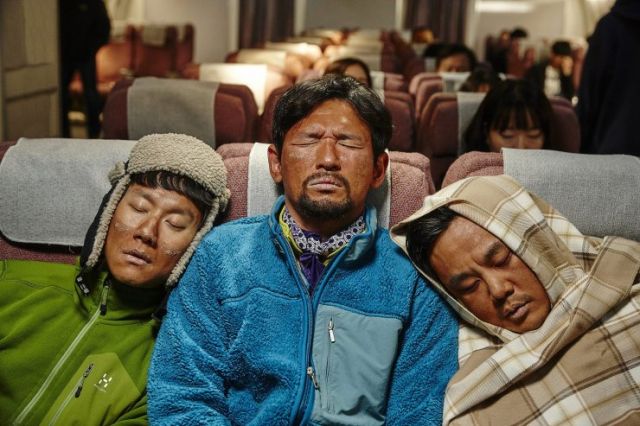 "The Himalayas" is, in fact, not really a story about mountaineering and its perils. To be sure, there is quite a bit of mountaineering and very deathly perils, but that is not the focus of Director Lee Seok-hoon's ("Pirates") alpine piece that is based on a true tale. Rather than an exploration of the cold wonders of the Himalayas, it is an exploration of friendship that survives extreme physical and emotional duress and transcends death.

The promotional poster of Hwang Jung-min's smiling face embodies the heart of the film: friendship . Hwang plays Eom Hong-gil, a veteran mountaineer with daring aspirations and who the leader of an equally adventurous team. One of the team members, Park Moo-taek (Jung Woo), aspires to walk in his leader's footsteps, winning the hearts of everyone on his team, which brings him to an early demise and inspires the adventure to recover his body that spans the second half of the film.

Mountaineering in "The Himalayas" is the heart and soul of the characters, but it is merely a vehicle for the story. The actual depiction of the arduous preparatory process and the tackling of temperamental mountain peaks is not accurate. But for Director Lee, it seems such details were not important. There were more shots of blowing snow and beautiful vistas than there were of raw climbing footage. The focus was on facial expressions and friendship and how facing one's death on a mountain brings one closer to the company kept.

Hong-gil and Moo-taek forge a bond after over ten years of climbing together that drives the plot line forward. Or rather, it helps it along at a leisurely pace. Nothing about "The Himalayas" is very insistent. While some have called it lethargic, I merely say that it takes its time – at least in the first half.  The introduction of the characters, their adventures, and the development of their friendship is satisfying without much insistency. It is after the death of Moo-taek that the film begins to suffer from a cripplingly slow pace. Tears, wailing, and heartening speeches become the fodder for nearly every scene. The whole thing is like a long Korean funeral. While the scenes were genuinely touching in and of themselves, strung together they became overbearing.

Hwang Jung-min, a staple of Korean film and a "king of melodrama", does well as the gruff leader of a brave group of mountaineers. Jung Woo is affable as Moo-taek, much like he was in the acclaimed drama "Answer Me 1994". The cast worked well together to bring together the storyline. The film could've done with more of the high-action, intense filming found in the other recent films about the dangerous Himalayan slopes in order to be truly competitive. But then again, this film was more about the bond between friends and mountaineers.

Despite its rather meandering pace, the melodrama and the popular leads has helped the film do very well since it's Korean release on December 16, 2015. 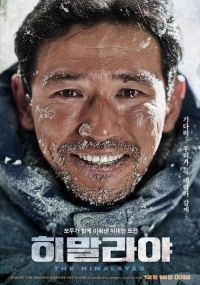