Henney starts his career in Japan! 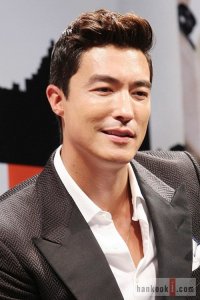 Daniel Henney, a.k.a. the romantic guy, starts his career in Japan beginning with his fan meeting.

This is Henney's first official event held in Japan.

Henney became the latest addition to the Korean 'Hallyu Star' ever since the drama 'My Name is Kim Sam-soon' was aired in Japan and 'Spring Waltz ' was introduced through NHK.

His popularity was predicted when he visited Tokyo International Forum Hall for a drama event called 'Yoon Seok Ho Drama Concert' in August when he was surrounded by his fans and reporters.

Henney gave his autograph to everyone who attended his fan meeting event and shook everyone's hand.

His most recent movie was "My Father", based on true story of Aaron Bates who was adopted by an American Family when he was an infant, looking for his biological father in Korea.