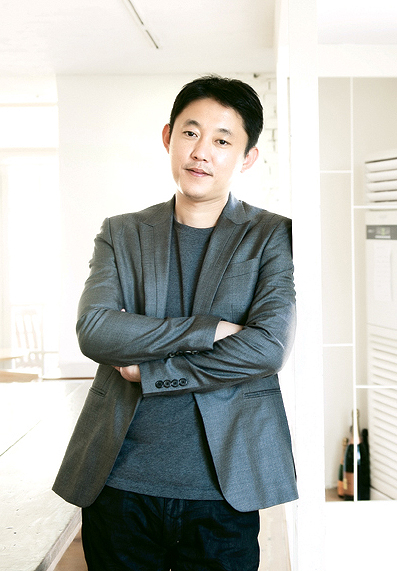 He has a mere 10 days. Ruthless debt collector TAE Geon-ho (Jung Jae-young) can only survive if he can get a liver transplant from compulsive scam artist CHA Ha-yeon (Jeon Do-yeon). This is the set-up of newcomer Heo Jong-ho's crime thriller "Countdown", a film that made its world premiere at the Toronto International Film Festival.
Q: How did you come to make this film?
A: The financial crisis that started two to three years ago provided the motif. The film industry was having a hard time attracting investment, too, and I was one of the many that were effected and had to give up a film that I had been preparing. So I had decided to make film that was firmly based on reality.
Q: An encounter between a debt collector and the conwoman of the century. It's quite a combination of genre-based characters.
A: Tae Geon-ho is a mysterious character who is also stripped of youthful energies. He had something that connects him to the occupation of debt collector. I interviewed KOSDAQ-listed companies and if you take away the violence, such business does actually exist in reality. The fraudster character Cha Ha-yeon started with the question: "What kind of character would she have to meet to become a little more destructive and dramatic?" She seemed like she would make a powerful partner to the dry Geon-ho.
Q: Everything about her is a lie except the fact that she is breathing, and she is also a femme fatale. That kind of female character is rare in Korean cinema.
A: A significant part of Cha Ha-yeon's character came from an actual person. While interviewing detectives, I found out there was an actual woman they called Miss Chunhyang who conned men with her beauty. To mention characters from other movies that I referred to, there's John CASSAVETES' Gloria, but I think even she is different from Cha ha-yeon.
Q: It was in 2001 that you directed the short films "Newsdesk" and "Round". When did you start working in cinema?
A: I liked movies, but in an ordinary way like anyone else. It was when I was doing military service that I came to decide I wanted to work in films in earnest. After I was discharged, I quit the school I was in and entered Korea National University of Arts and studied film.
Q: This is your first feature as a director. How was it working with these top-class actors?
A: I worked for a long time in directorial assistant departments so I had no fear of working on productions. The screenplay was firm, and there was a guideline for each scene. A film in the end has to be made better than the screenplay is written. Based on the basic screenplay, one by one we completed it together.
Q: Your method of crossing social views with a popular genre provides some idea about the direction of your next work.
A: I, too, am a member of society and so cannot be free from its problems. But rather than go too forthrightly about it, I would like to tell these stories in a roundabout manner.