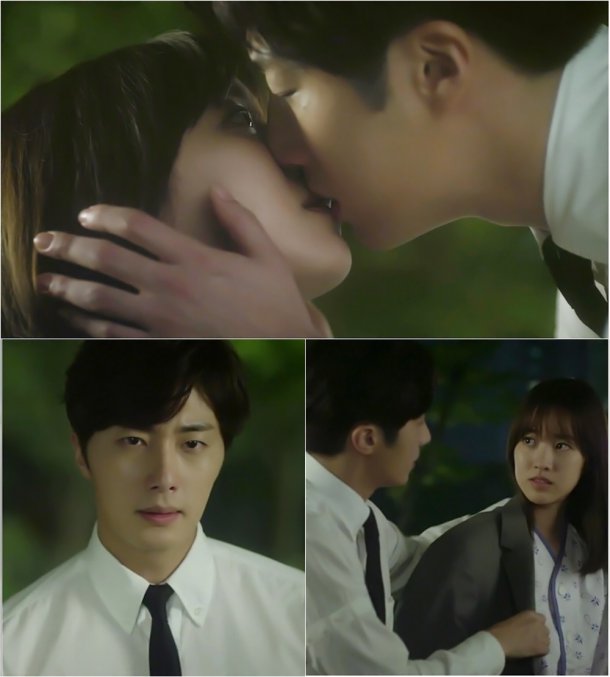 Stills of Jung Il-woo and Jin Se-yeon's kiss were released.

While the release of "High-end Crush" hit 120 million views in China, the response in Korea is just as high end. The stills of Jung Il-woo and Jin Se-yeon kissing drew even more attention.

Jung Il-woo is approaching Jin Se-yeon with his hands holding her head. Jin Se-yeon's eyes are wide open like a rabbit's. They are seated on a bench and Jung Il-woo's masculine approach to her is shaking up the whole town.

The scene was taken in a park in Seoul. Se-hoon (Jung Il-woo) went to see Lee-ryeong (Jin Se-yeon) at the hospital. He expresses his feelings for her as he watches her struggle on her own without anyone to take care of her.

"High-end Crush" is a comedy romance drama about Se-hoon, the Midas of the entertainment industry who struggles to cast Lee-ryeong as another one of his 'projects'.

""High-end Crush" Jung Il-woo and Jin Se-yeon's first kiss"
by HanCinema is licensed under a Creative Commons Attribution-Share Alike 3.0 Unported License.
Based on a work from this source