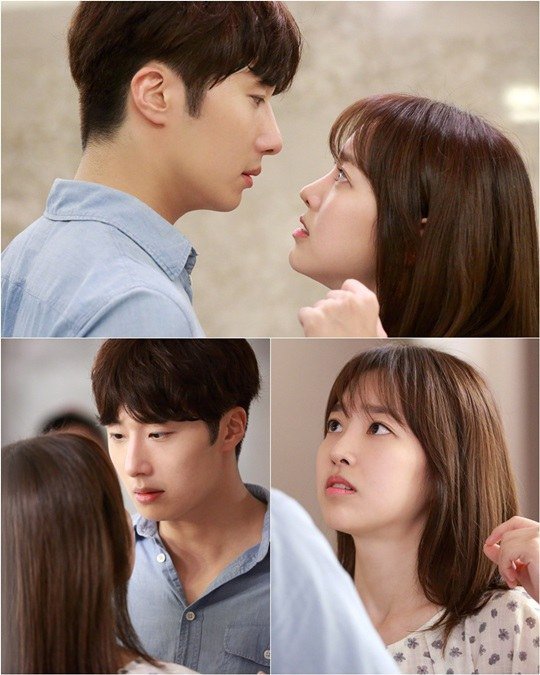 Still cuts of Jung Il-woo and Jin Se-yeon in "High-end Crush" have been released.

Web-drama "High-end Crush" which has China all shook-up features Jung Il-woo and Jin Se-yeon who are gazing at each other with affection in their eyes.

"High-end Crush" is a comedy romance drama about Se-hoon (Jung Il-woo) also known as Midas for his ability to make anyone a top star and Lee Ryeong (Jin Se-yeon), a country girl.

The still cuts show Jung Il-woo and Jin Se-yeon looking at each other just a foot away apart. Jung Il-woo's look seems heated up as if he's being sucked into a black hole and in another picture, he grabs Jin Se-yeon by the arm.

Jin Se-yeon on the other hand looks like a surprised rabbit as she's looking at Jung Il-woo. Still, she looks as if she's about to kiss him any moment.

The scene was filmed in Incheon. Jung Il-woo and Jin Se-yeon rehearsed their routine way before the actual scene was taken.

"High-end Crush" sources say Jung Il-woo and Jin Se-yeon have chemistry together and it's going to turn out to be a great drama.

""High-end Crush" Jung Il-woo and Jin Se-yeon's kiss scene "
by HanCinema is licensed under a Creative Commons Attribution-Share Alike 3.0 Unported License.
Based on a work from this source