"High Society" also hits a ratings high point, with its own best of 10.1% "Going out with a blast' 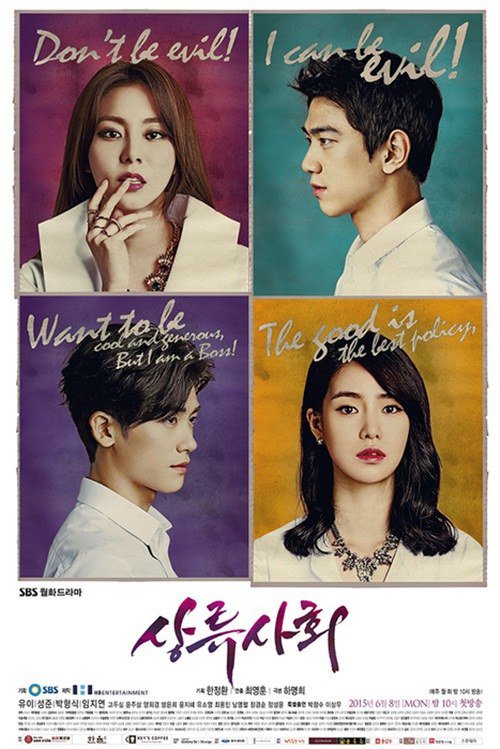 According to the ratings research company Nielsen Korea's July 29th data, the final episode (16th) of "High Society" recorded a nation ratings of 10.1%. This is a 0.4% increase over the 9.7% the 15th episode, which aired on the 27th, got and is the second best for its timeslot on the day of mention. The show goes out with a blast as this ratings is also higher than the 14th episode's 9.8% making it the highest ratings the show ever got and its first two digit ratings.

In the same timeslot, MBC's Wednesday-Thursday drama "Splendid Politics" (32nd episode) kept the ratings top spot with a 10.3% while KBS2's "Remember You" was third with 5.0%.

""High Society" also hits a ratings high point, with its own best of 10.1% "Going out with a blast'"
by HanCinema is licensed under a Creative Commons Attribution-Share Alike 3.0 Unported License.
Based on a work from this source