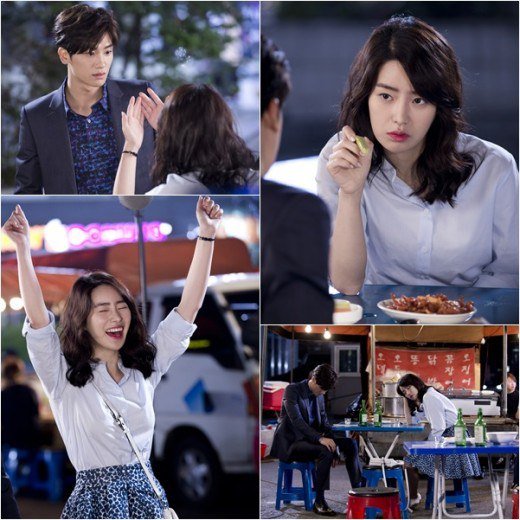 Lim Ji-yeon was seen struggling with her life in the pictures revealed on the 26th.

Ji-yee was insulted by a Food Market client and was almost fired. She had a few drinks with Chang-soo (Park Hyung-sik) and she lamented on her fate as she had to apologize to the client when she did nothing wrong just to keep her job. She was jealous of Chang-soo.

Ji-yee was interested in the boy from a wealthy family in front of her and continued to drink until she got drunk. However, she maintained her cute and cheerfulness despite her drunkenness.

Reviews say Lim Ji-yeon did exactly what she had to do to bring out the real Ji-yee.

"High Society" is a mellow drama about a girl from a wealthy family and a guy who struggles to climb up the golden ladder.

""High Society" Lim Ji-yeon, a drunken girl"
by HanCinema is licensed under a Creative Commons Attribution-Share Alike 3.0 Unported License.
Based on a work from this source