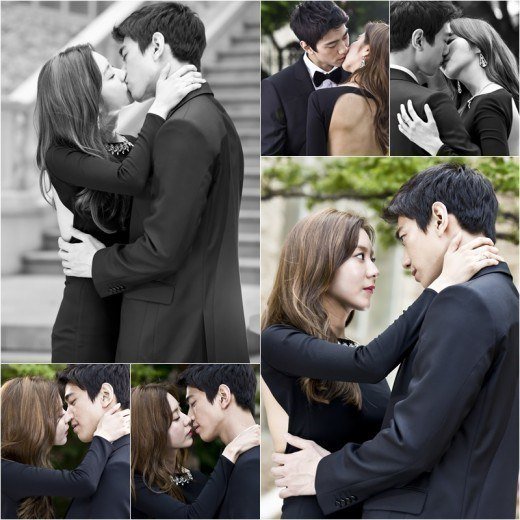 Sung Joon and UEE from "High Society" is the hot topic.

The title of the SBS drama "High Society" has been confirmed.

Previously, it was called, "A Chaebol's Daughter" and "True Romance" but the final title is "High Society" and it's about the wealthy.

The making of "High Society" has been revealed. UEE is wearing a shockingly exposed dress which emphasizes her sexiness.

UEE and Sung Joon are standing in a way their lips are almost touching and looking at each other mesmerizingly. Prior to the shoot, the two of them looked quite awkward with each other but their kiss scene was enough to steal the attention ofo everyone on site.

"High Society" is about a woman who hides her identity as a wealthy family's daughter and looks for a man who will love her for herself. She falls in love with a poor man and shows what money, love and humanism is all about. The cast are UEE, Sung Joon, Park Hyung-sik and Lim Ji-yeon.

The drama is directed by Choi Yeong-hoon and written by Ha Myeong-hee.

""High Society" UEE in an exposed dress"
by HanCinema is licensed under a Creative Commons Attribution-Share Alike 3.0 Unported License.
Based on a work from this source