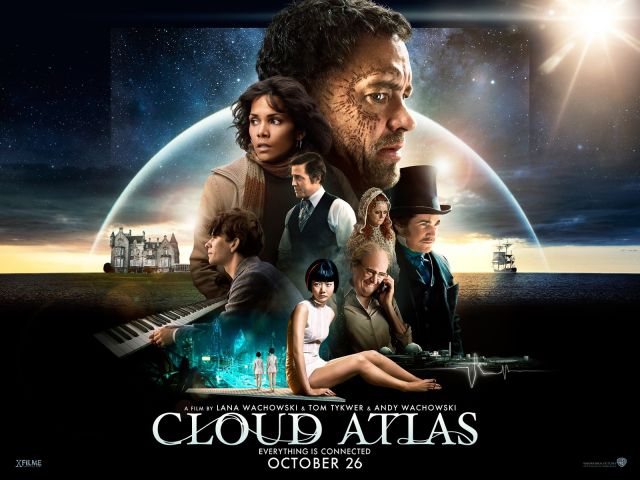 "Cloud Atlas" is expected to shake up the domestic box office after it was released on Wednesday.

The movie consists of six interwoven stories set in different time periods and locations over a 500-year span starting from the 19th century.

Many critics have praised the storyline starring Korean actress Bae Doo-na in a futuristic Seoul as the highlight. "Cloud Atlas" was co-directed by Andy and Lana Wachowski, makers of "The Matrix" trilogy, and Tom Tykwer of "Perfume: The Story of a Murderer".

The film adds to the already heated competition among Hollywood big-budget movies such as "Les Misérables" and "Life of Pi".

The Korean blockbuster "The Tower", which revolves around firefighters battling to contain a blaze at a luxury office building on Christmas Eve, has maintained its top spot since it was released on Christmas Day. It looks set to draw a total of 4 million viewers by the end of this week.

"Highly Anticipated 'Cloud Atlas' Hits Screens"
by HanCinema is licensed under a Creative Commons Attribution-Share Alike 3.0 Unported License.
Based on a work from this source