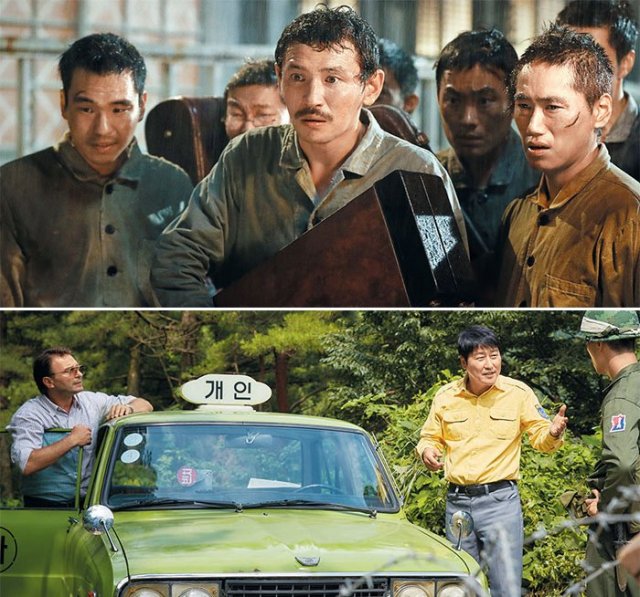 Summer is typically the peak season of the year for the film industry as hordes of people head to theaters for some temporary relief from the sweltering heat, and youngsters enjoy their summer break.

Films that dominate the box office during this period (the last week of July through mid-August) usually end up being the year's top grossers. Last year, more than 17 million people visited theaters, with the box office list topped by "Train to Busan", which was seen by 11.57 million, "Operation Chromite" (7.05 million) and "The Last Princess" (5.6 million).

This summer's most highly anticipated films include "A Taxi Driver", directed by Jang Hoon, and "The Battleship Island", directed by Ryoo Seung-wan.

The former tells the story of the 1980 Gwangju Democratic Uprising through the eyes of a cabbie who by chance ends up driving a German reporter around the southwestern city.

Ahead of their official releases, the producers of both films have staged pre-screening promotional events to create buzz and draw more moviegoers. "The Battleship Island" is slated for release late this month, and "A Taxi Driver" in early August.