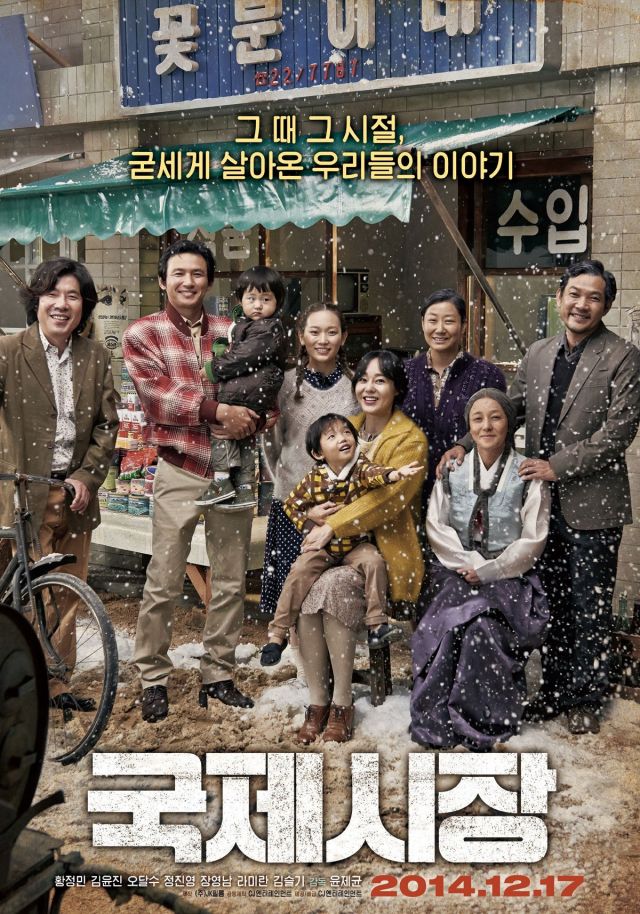 The melodrama "Ode to My Father" has drawn 1.1 million viewers in just four days, taking the No. 1 spot at the box office.

Some 44,000 people went to see the film on Saturday alone.

Distributor CJ Entertainment said the performance matches "Miracle in Cell No.7", which drew 12.81 million moviegoers last year and soars ahead of "Miss Granny", which attracted 8.65 million earlier this year.

"Ode to My Father" is a melodrama about a man's sacrifices for his family, braving the coal mines of Germany and fighting in the Vietnam War.

It is the latest movie directed by JK Youn, whose "Haeundae" in 2009 was also a box-office smash hit.