Hit K-Pop Groups Choshinsung, 2PM, and Girl's Day Slated to Appear at "M COUNTDOWN No.1 Artist of Spring 2014" in Japan 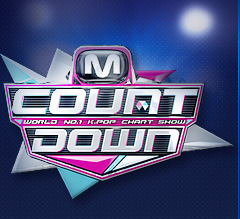 Seoul, Korea (February 21, 2014) – Popular K-Pop groups Choshinsung, 2PM, and Girl's Day are slated to appear at "M COUNTDOWN: No.1 Artist of Spring 2014" on April 2 at Yokohama Area in Japan announced executive producer CJ E&M [http://en.cjenm.com] today. With the first lineup of artists revealed (all top-notch K-Pop stars ranked on M COUNTDOWN's weekly charts during the first quarter of the year), anticipation is at a fever pitch among both local Japanese and international fans as the popular K-Pop chart show makes its first global tour stop in 2014.

Boy band Choshinsung is currently one of the most high-profile K-Pop idol groups in Japan, having won rapid popularity in the country since debuting in 2007. Last year, the group performed a concert at Yokohama Arena which drew 12,000 fans. 2PM, known for their acrobatic dance moves, made their Japanese debut in 2011. Recently, the boy band successfully completed a tour of five different cities in Japan. Their latest studio album "Genesis of 2PM" also topped the Japan Oricon Chart. Girl's Day, formed in 2010, is one of K-Pop's hottest girl groups recently ranking top on the M COUNTDOWN chart. Their third mini-album "Everyday 3" was released in January.

"M COUNTDOWN is beloved by K-Pop fans around the world for its brilliant performances, entertaining hosts, and innovative chart system", said Mr. Dong Chul Han, CJ E&M Executive Manager and Chief Producer of the show. "As M COUNTDOWN arrives at Yokohama Arena for its first global tour stop in 2014, we are extremely excited to have the talented groups Choshinsung, 2PM, and Girl's Day confirmed to appear. Stay tuned as more artists are announced soon".

In addition to exclusive performances by top-notch K-Pop artists, "M COUNTDOWN: No.1 Artist of Spring 2014" will feature various fan engagement events including a meet & greet, red carpet ceremony, and cultural workshops/booths allowing visitors to learn about and enjoy different aspects of K-Pop and modern Korean culture.

M COUNTDOWN is the world's No.1 K-Pop chart show which airs live every Thursday on CJ E&M's music channel Mnet and is broadcast to 13 countries worldwide including South Korea, Japan, the U.S., Australia, Singapore, Taiwan, Hong Kong, Thailand, the Philippines, Malaysia, Cambodia, Myanmar, and Indonesia. The show has also uniquely been embarking on periodic global tours in Asia and the US since 2012. Previous global tour stops by M COUNTDOWN have included in Japan in April 2012; Thailand in October 2012; Taiwan in April 2013; and Los Angeles in August 2013 as part of the K-Culture convention KCON 2013.

"Hit K-Pop Groups Choshinsung, 2PM, and Girl's Day Slated to Appear at "M COUNTDOWN No.1 Artist of Spring 2014" in Japan "
by HanCinema is licensed under a Creative Commons Attribution-Share Alike 3.0 Unported License.
Based on a work from this source