"Homme Fatale" The Creation of a Male Gisaeng, "To Understand Women's Resentment" 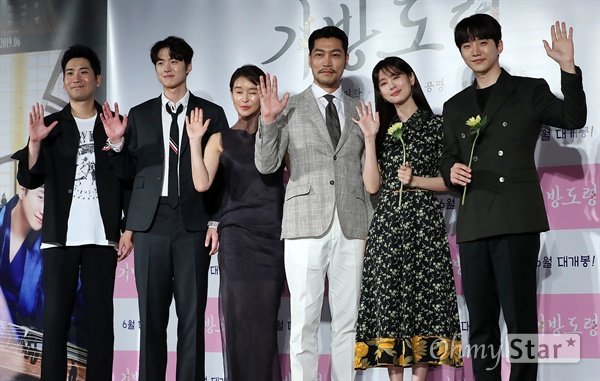 A movie that claims to understand and comfort women through a male gisaeng has come out. This set-up completely overthrows the position of a 'gisaeng', who has always been portrayed as property of men.

"Homme Fatale" is a comedic film of a fusion-historical genre. Cute lover boy Heo Saek (Lee Junho), who becomes Joseon's first male gisaeng, and flower-like woman Hae-won (Jung So-min), who thinks ahead of her time search for true love together. At the premiere of the film on the 14th, Producer Nam Dae-joong said, "I wanted to talk about the joys and sorrows of women from the Joseon era".

"The Joseon era was a cultural time, so there was social status discrimination and the human rights of women were at their lowest. I thought of a male gisaeng to relate with the resentment of women from that time".

"The subject may seem heavy, but in fact it is my skill to make it less so. Heo Saek meets many women, understands their sorrows and matures himself".

The understanding of women through a male gisaeng? 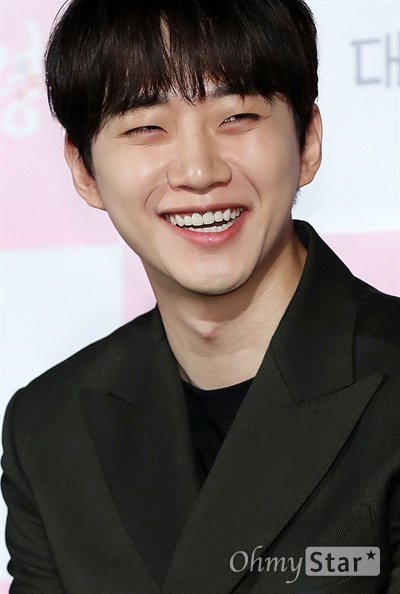 Heo Saek is born as the son of a gisaeng. To save Yeonpoonggak, which suddenly loses all its customers, Heo Saek decides to become Joseon's first male gisaeng. With the freak ascetic Yook-gap (Choi Gwi-hwa), Heo Saek paves his way until he meets an unexpected heckler and loses balance. Lee Junho from "Chief Kim" and "Confession - Drama" plays Heo Saek.

Lee Junho said, "Heo Saek is a loveable character. He relates with women of that time and helps to cure their pain. He's very empathic, because he himself shares something similar with them".

Ye Ji-won, who plays Nan-seol, the owner of Yeonpoonggak and the person who raised Heo Saek like her own, said, "Our movie is comedic, but it beautifully provides comfort for women. When I asked the producer why he chose me he said "You're pretty". I was so touched".

Jung So-min plays 'bold lady' Hae-won, who disagrees with the discrimination between men and women. About her character she said, "She's the daughter of a very poor nobleman. Unlike most Joseon minds, she's very open about many things. She's very consistent and responsible for her family, too".

"Homme Fatale" is Jung So-min's first sageuk and she said, "I took the script on board a plane with me. I read everything as soon as I opened the first page. I majored in Korean dance so I'm more familiar with the hanbok than modern day clothes. I always wanted to try a sageuk and now I finally get my wish". 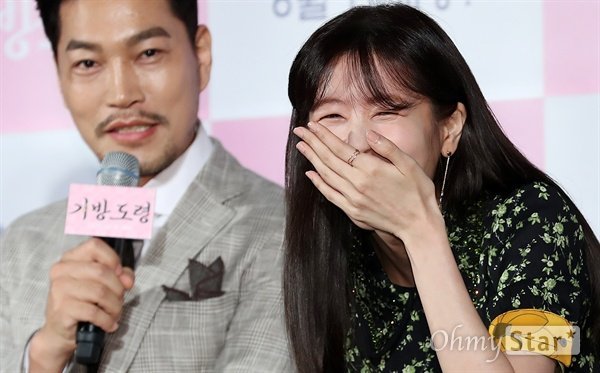 Choi Gwi-hwa plays freak Yook-gap, who settles in a gibang when he actually wanted to become a hermit, and Gong Myung plays bachelor Yoo-sang, who's had a crush on Hae-won since they were young. Choi Gwi-hwa said, "Yook-gap falls into the water in the beginning. He falls in a lot, actually. I worried they'd ask me to fall in in the middle of the winter. My character was fun". Producer Nam said, "You can look forward to Yook-gap's first appearance. It's going to have a big impact".

Unlike the movie, there was no real male gisaeng. Producer Nam said, "I did my research, but as far as I know, there were no male gisaengs. I made it all up, but the actors brought more life into the characters than I could have ever written into them. I hope the audience relates to our humor and satire".

"Homme Fatale" is released in June.

""Homme Fatale" The Creation of a Male Gisaeng, "To Understand Women's Resentment""
by HanCinema is licensed under a Creative Commons Attribution-Share Alike 3.0 Unported License.
Based on a work from this source